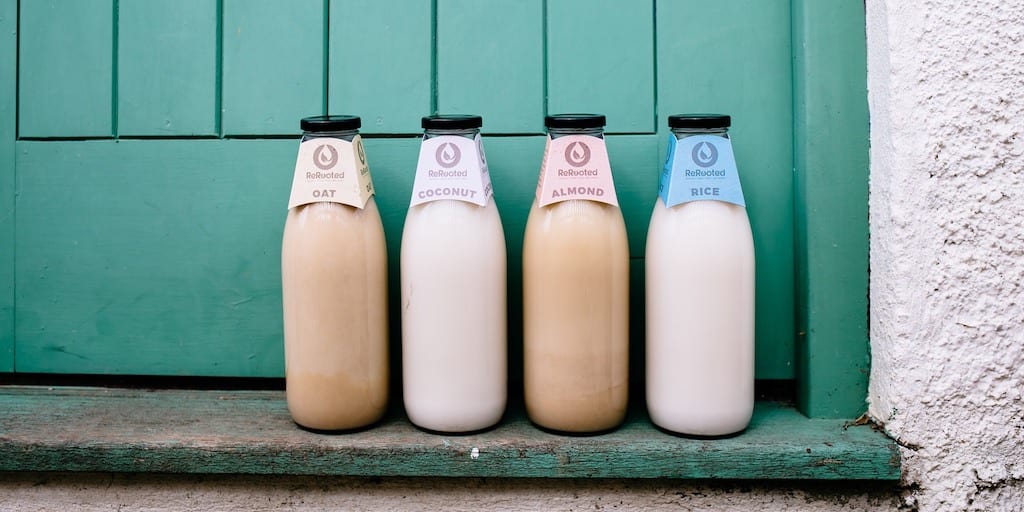 A vegan milk company has expanded its business and will deliver almond and coconut milks across the UK in electric vans.

According to the owners the idea first struck when they couldn’t find a plant milk that was zero waste and good quality.

“Our idea came from frustration really. Our zero customers were asking us for milk – we contacted load of producers to try and find one not using Tetra Pak but we couldn’t find any,” said Richard Eckersley.

Soon they set up a small production unit to produce almond and coconut milks in Totnes and started delivering locally and to a small part of the surrounding area in their electric vans.

Their mission to only use organic ingredients, renewable energy, recyclable packaging and go beyond zero waste towards a truly regenerative approach has made them a thriving, eco-friendly, and an environmentally conscious business.

“No one is really doing what we’re doing, and we’ve been figuring it out from day one. We didn’t want a third party manufacturer, we wanted to do everything in house so there’s a lot of traceability – we know where every ingredient comes from and how its made,” added Eckersley.

While every little detail ‘from sourcing ingredients, making the product and collecting and refilling the bottles’ is executed inhouse for optimizing the process, the output is delicious, nutritious and organic.

Earlier, the company produced 400 litres of milks per week, however a plant-milk partnership with Riverford founder Guy Singh-Watson will allow the company to expand and manufacture thousands of litres and cater to 64% of the country.

The company will continue using its transparent glass bottles, which will be returned to the company’s shed in Totnes to be cleaned and reused again and again.

Speaking about the process and the need to produce good quality vegan milk, Dawson told Devon Live: “We’ve worked really hard with our milks to match the flavour profile of cow’s milk.

“The whole purpose is to give a really viable delicious milk [which is] arguably a more ethical option.”

According to ReRooted, their milk is made with real ingredients without added alternatives and   substitutes.

The company’s site states: “Many almond milks use 1% almonds (whereas we use 8%), coconut milk is often only 4% (whereas we use 20%) and many are mixed with rice to add more flavour and texture. When you buy our almond drink… an almond drink is what you’re truly getting.

With the expansion in progress, the company also plans to include oat milk, hemp, hazelnut and chocolate hazelnut in the future.

Which is your favourite vegan milk? Share your preferences in the comments below!