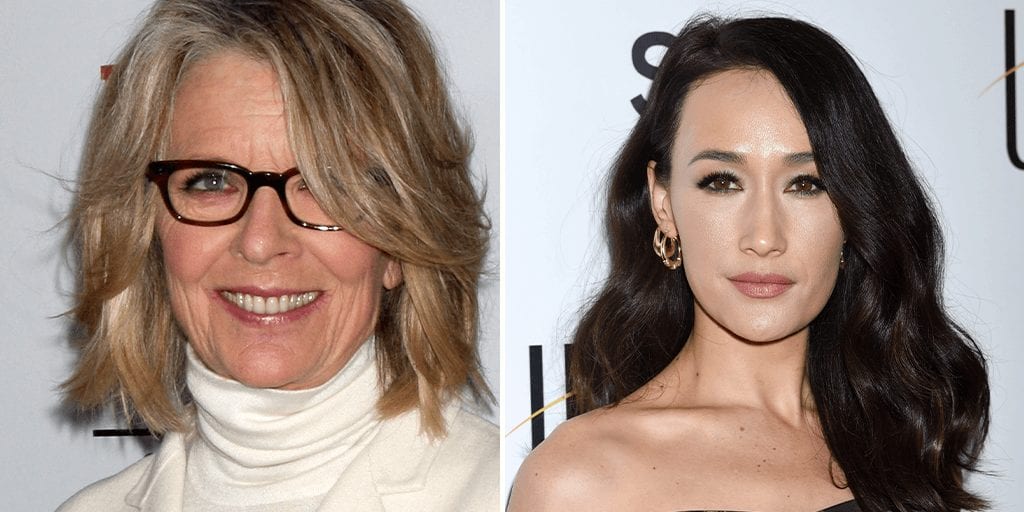 ‘Somehow in this country we have defended the right to own a wild animal – and have not defended that animal’s right to live by design, in nature.’

The controversial Netflix docu-series “Tiger King” has led many celebrities and officials to speak out against illicit exotic animal trade and the mistreatment of big cats, which as the series highlights are more in captivity than in the wild.

According to the World Wildlife Fund, 3,890 tigers remain in the wild whereas an estimated 5,000 to 7,000 caged tigers are legally kept as pets in the U.S.

Among them individuals raising their voices are Academy Award winning actress Diane Keaton and vegan actress Maggie Q, who have used their platform to endorse the Big Cat Public Safety Act (HR1380).

The Act is aimed at banning the private ownership or trade of big cats and prohibiting regulated exhibitors to allow public contact with cubs.

Both the actresses, who are also board members of the animal protection legislative advocacy group, Social Compassion in Legislation (SCIL)  reached out to BCSA author Congressman Mike Quigley (D-IL) to establish a strategic path toward building support for the legislation and engaging in targeted direct advocacy in Washington to effectively push the bill through Congress once the current pandemic situation is brought under control.

While the docu-series followed the feud between Oklahoma roadside zookeeper Joe Exotic- owner of G.W. Zoo and Carole Baskin—owner of Florida sanctuary Big Cat Rescue who worked to shut down Exotic’s zoo, it also brought the mistreatment and the exploitation of the big cats held in captivity in plain sight.

Earlier, this month, The Humane Society of the United States (HSUS) released never-before-seen footage of a 2011 undercover investigation, in which several workers at Joe Exotic’s G.W. Zoo, as well as Joe, are seen beating and punching tiger cubs in the face, dragging them by their necks and tails, and engaging in other abuse.

“Now is the time to end animal cruelty,” said Keaton in a statement.

“Exotic animals that are kept for private use are not only a public health issue but also endanger the lives of first responders.”

To garner support for the Big Cat public safety act, Maggie Q said: “Somehow in this country we have defended the right to own a wild animal – and have not defended that animal’s right to live by design, in nature. If it’s not a conservation effort, there should be no tolerance for this.

“We design laws knowing that certain people do not have the character required to not abuse, exploit or kill. Why would it be any different in this area?”

Judie Mancuso, Founder and President of Social Compassion in Legislation added: “We are so fortunate to have our board members standing up and shining a light on the problem of personal ownership of these magnificent animals.

“It is important for the public to understand that exploiters like Joe Exotic put profit over the welfare of the animals. They will breed and breed to keep the baby tiger photo ops rolling, but do not care what happens to those animals once they are sold to whoever is willing to pay for them or dispose of them before they get too big.”

Share this article to reveal the truth behind the exotic animal industry.