Disney completes ‘mission’ to add plant-based items to every menu 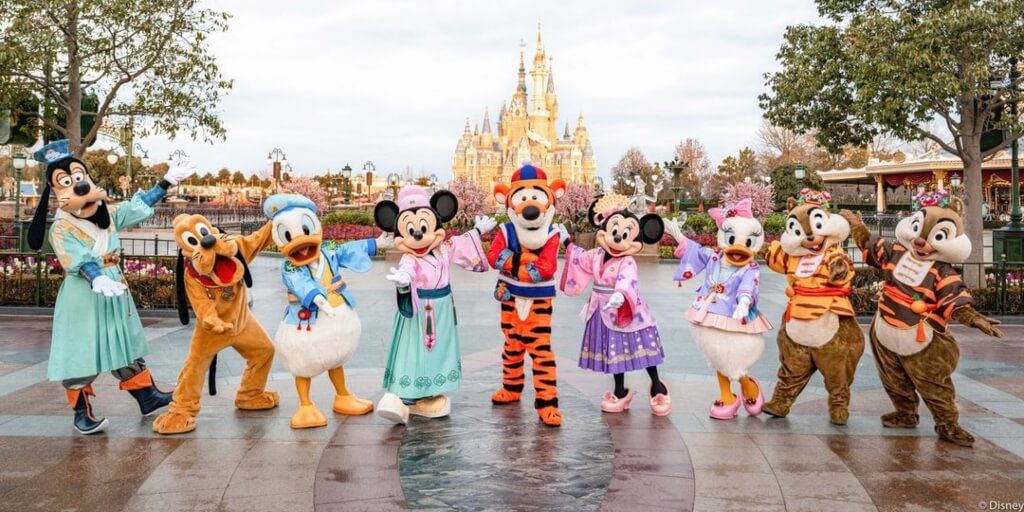 “Our goal was to ensure that our guests… would be able to find fun and flavorful plant-based menu items across our parks and resorts.”

Disney has finally managed to accomplish its ‘mission of a more inclusive menu’ for its visitors to enjoy on vacation.

The American multinational entertainment and media conglomerate has completed an initiative it started in 2019 to add at least one vegan food option to all menus at theme parks and resorts.

It comes after Disney’s in-house flavour lab took trips to US plant-based restaurants to formulate replacements for meat, dairy, and eggs.

Cheryl Dolven, a registered dietician and manager of health and wellness for Walt Disney Parks and Resorts said: “At the end of the day our goal was to ensure that our guests, whether they were living a vegan lifestyle, looking to eat a little bit less meat or wanting to try new and different things, would be able to find fun and flavorful plant-based menu items across our parks and resorts.”

Disney visitors and conscious eaters can now find vegan and vegetarian options, as well as healthier food options all over the amusement parks.

The menus have incorporated veganized versions of classic Disney dishes such as spaghetti and meatballs made with Impossible meatballs. Disney restaurant Steakhouse 71 also offers a vegetable wellington made with an assortment of veggies instead of meat. Even the Jungle Skipper Canteen has added ‘a whole host of fun and unique’ vegan and vegetarian dishes on its menu for guests.

Dolven, who has worked with Disney Parks’ plant-based initiative since the very beginning, added: “We didn’t just want it to offer a few basic things — we really wanted those plant-based options to be plentiful and an integrated part of our guest experience”.

Suzannah Otis is the owner of Vegan Disney Food. She runs a website and accompanying social media accounts to help Disney visitors know which plant-based options to choose when hanging out with Mickey Mouse.

The Orlando, Fla.-based writer, who went vegan around four years ago told Yahoo! Life that she’s thrilled to see more and more plant-based options roll out across both Walt Disney World and Disneyland.

“I have definitely seen improvements, even just in the span of time since I became vegan,” Otis said.

“It used to be quite a vegan desert 10 years ago when you could get just plain pasta or a black bean burger and not much else, so when Disney came out with the plant-based initiative back in late 2019 — to have a plant-based item on every menu — it was an exciting time,” she added.

Otis is hopeful that the plant-based initiative within Disney Parks will prompt other theme parks to roll out their own vegan menus.

“I can only hope that additional parks follow suit,” Otis said.

“With movements like Veganuary — happening now — where people pledge to go vegan for an entire month, the lifestyle is only growing and plant-based options will hopefully become the norm, not the exception.”

Share this story: Disney completes mission to add plant-based items to every menu.