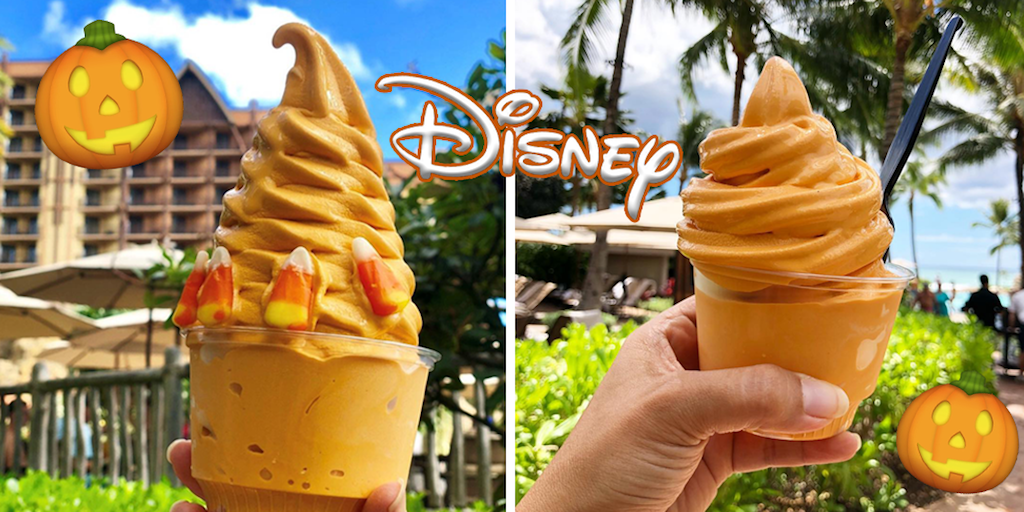 Disney has launched a vegan pumpkin spice soft serve at its Aulani resort in Hawaii.

Last month the theme park announced that it would introduce more than 400 vegan dishes at its parks and resorts.

Living up to its promise, the company has launched the Vegan Pumpkin Spice Dole Whip, a variant to its sought-after pineapple soft serve.

The brand’s blogpost reads: “We’re always looking for ways to bring more flavor, innovation, and creativity to the Disney dining experience – and guest feedback is first on the menu when we evolve our menus and develop new dishes.

“Our guests have embraced our plant-based offerings at our parks around the globe, inspiring us to expand our menu.

“If you’re craving tasty plant-powered snacks and treats during your visit, you can explore more than 400 craveable dishes.”

The new Pumpkin Spice Dole Whip comes with a candy corn topping, but for now, Disney will only serve the treat at the Ulu Café in Hawaii on its secret menu.

A user wrote: “My favorite? That’s easy! The PUMPKIN SPICE DOLE WHIP. Yep, it was SO GOOD. And no, it’s not pineapple and pumpkin, only pumpkin spice. Mmmm. I want one right now!”

“Yummy give me pumpkin spice everything! ?”

“OH MAN I NEED TO TAKE A TRIP TO HAWAII JUST FOR THIS.”

Have you tried Disney’s new vegan options? Share your thoughts in the comments section below!