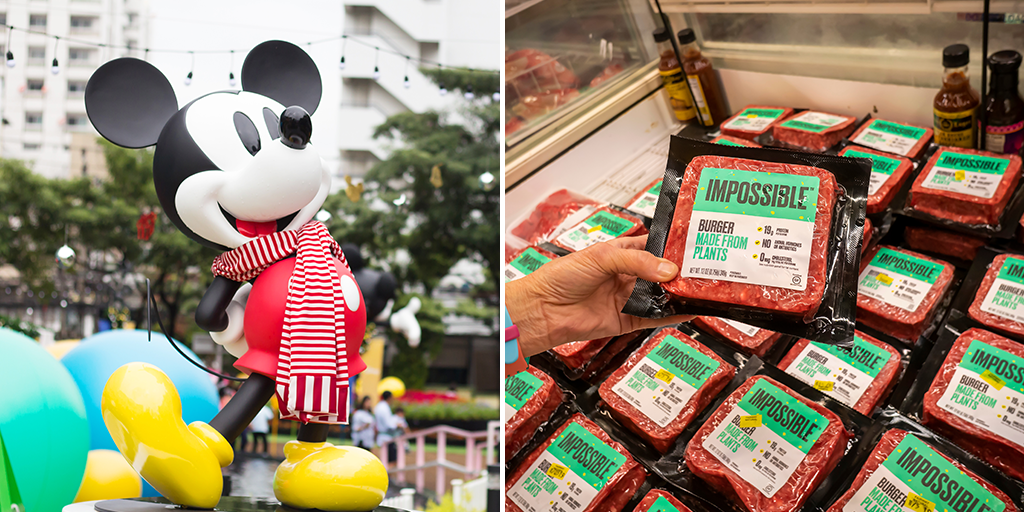 Image: WIRACHAIPHOTO and rblfmr on shutterstock.com

Disney has partnered with Impossible Foods to expand its vegan menu as plant foods become more popular among consumers.

As part of the deal, Impossible Foods will be the preferred plant-based “burger” of  Disneyland, Disney World resorts and the Disney Cruise Line.

The partnership follows Disney’s 2019 announcement to launch its official plant-based menu in the spring of 2020.

The theme park also added 400 new plant-based dishes to the menus at its park in Orlando, Florida last October.

To announce the partnership, Disney will debut the Petite Impossible Burger, Impossible Cheeseburger Mac & Cheese and the Impossible Meatball Submarine at the Disney California Adventure Food & Wine Festival on February 28.

An Impossible Meatball dish will also be offered at the 2020 Epcot Flower and Garden festival Held from March 4 to June 1 at Walt Disney World in Orlando, Florida.

“We’re always looking for ways to bring more flavor, innovation and creativity to the Disney dining experience and we’re delighted to include Impossible Foods in new dishes that our guests and fans are sure to enjoy.”

Impossible Foods are Beyond Meat are the two major players in the plant-based meat market and they are often pitted against each other for higher stakes in the growing meat alternative sector.

However, Disney opted for Impossible Foods because of its product versatility and the freedom it offered for developing more creative and innovative meatless dishes.

“The product is both flavorful and super versatile,” State said.

“This product really has shown that it can meet our diversity in terms of complex dining with a multitude of places you can dine. [Impossible] from the get-go has really shown us this is the product that will work well with us.”

“The millions of park-goers who visit Disney Parks and Resorts and sail on Disney Cruise Line each year – including those who are reducing their impact on the environment by eating less meat – will now be able to order the Impossible Burger and other delicious dishes made with our plant-based meat.”

“We look forward to the exciting opportunities ahead with this new relationship.”

Share the story if you’re looking forward to trying the new plant-based options coming to Disney’s US theme parks.