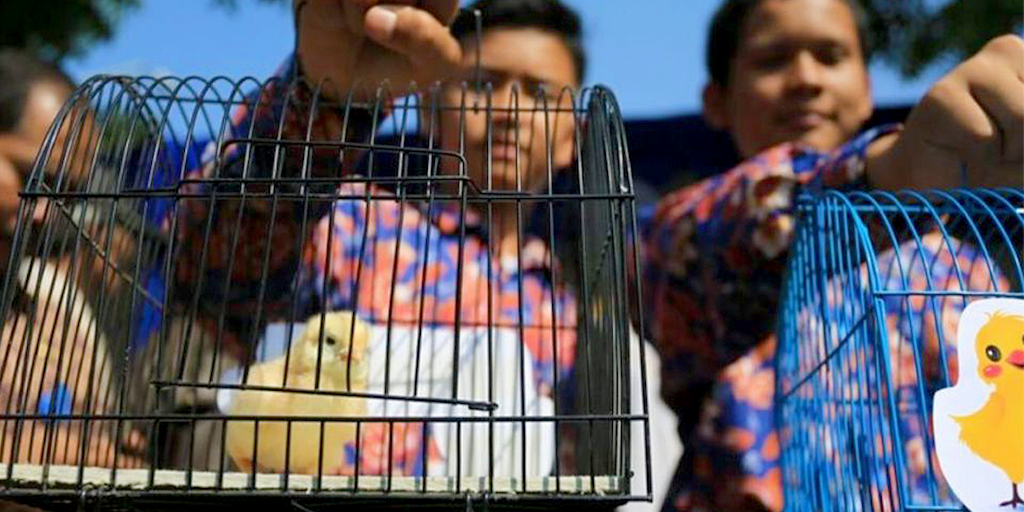 The idea has been launched by Oded M. Danial, the mayor of the city of Bandung in the province of West Java, Indonesia.

The administration has handed out 2,000 live chicks to 10 elementary schools and two junior highs, following up on its announcement of the project in October.

The program aims to help develop the students’ personalities and distract them from being preoccupied with their phones, head of Bandung’s Food and Agriculture Security Agency, Gingin Ginanjar, told Detik.

“The chickens will be for a learning process, there will be lessons interjected in it. There are five subjects [that support this program] such as science, social sciences, information and communication technology, art projects, and Indonesian language. The students will be  monitored for at least six months (one term),” he said.

Animal welfare group People for the Ethical Treatment of Animals led the criticism of the scheme, arguing it is effectively animal abuse and could be a risk to the health of the chicks and the children.

The group demanded the mayor scraps the scheme, which activists say sends the message that it’s ok to treat baby chicks like ‘disposable toys’.

“Using chicks as teaching ‘devices’ to keep children off their devices is reckless and wrong,” Jason Baker, PETA Asia Senior Vice President of International Campaign, wrote in a letter.

“This project puts the life of each chick at risk…Those who survive usually end up being killed when the project is over.

“Please don’t fail chicks and students by continuing with this plan.”

Baker also warned the scheme could assist the spread of E.coli and salmonella.

What message does this scheme send to children about animal rights? Share your thoughts in the comments section below!