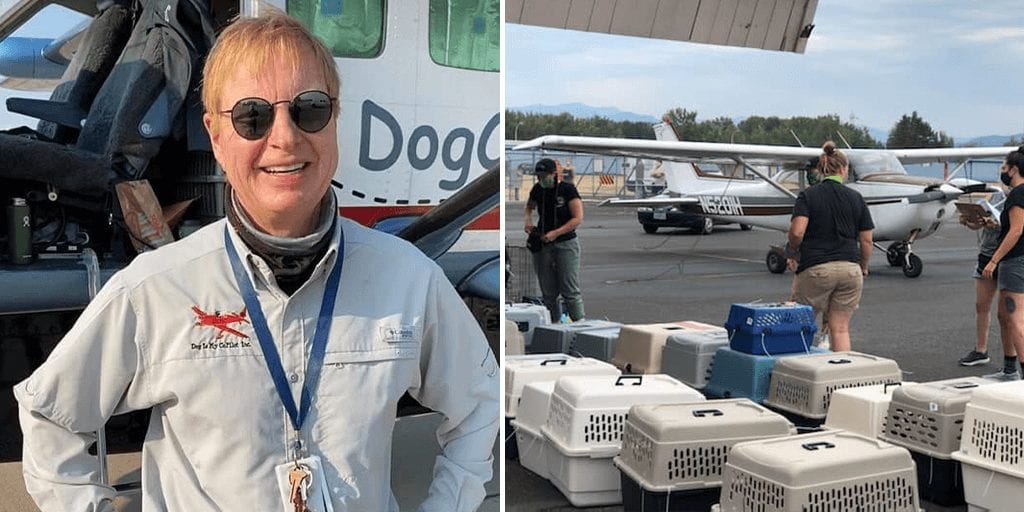 Image: Dog Is My CoPilot

‘Every animal that you save, saves two; It’s the one you save and the one that takes its place’

A 67-year-old former doctor is giving thousands of dogs and cats a new lease of life.

Dr. Peter Rork has dedicated his retired life to rescuing dogs and cats that would otherwise be euthanized in shelters that can no longer keep them.

After learning, on average, thousands of healthy animals are euthanized in U.S. shelters every day, the orthopedic surgeon, who retired in 2012 following his wife’s demise decided to do something about it.

Through his nonprofit organization, Dog Is My CoPilot, which he founded with his friend Judy Zimet, a friend and attorney, Rork now transports animals in his plane from shelters where they are considered “code red,” or on the verge of being euthanized, to no-kill shelters.

His non-profit primarily picks up at-risk-of-being euthanized animals from shelters in Texas, California, New Mexico, and Arizona and flies them to organizations in Colorado, Idaho, Montana, Oregon, Utah, Washington, and Wyoming.

He has saved nearly 16,000 animals in the span of eight years.

‘Doing what we can’

He recalls that on his first trip he safely transported 20 to 30 rescue dogs and cats in his single-engine 4-seater plane, packing the animals into his plane “like a game of Tetris.”

NowThis reported that it took the organization a couple of years to streamline the process and with the help of Rork’s friend Kara Pollard, the team went from transporting 20 to 30 animals on board at a time to more than 100 dogs and cats during a single flight.

Since then, donations and grants have seen the organization grow to expand its team of volunteers and purchase a bigger plane that can fit up to 251 crates.

“We’re doing what we can, where we can,” Rork said. “Our biggest hurdle is financial. Somehow we manage to stay wheels up doing all these rescue flights.”

‘Be part of the solution’

While Rork has put his flying skills to good use, he wants more people to further his cause of saving animals.

“I want people to be part of the solution. We can’t do it by ourselves,“ Rork told NowThis. “Adopt, don’t shop, and spay and neuter.”

He continued: “Every animal that you save, saves two; It’s the one you save and the one that takes its place.”

He added that people who are not able to adopt should at least reach out to local shelters and help them in whatever way possible.

While the pandemic slowed things down, Dog Is My CoPilot is now running full throttle.

“We had a large backlog of animals after we had a lot of canceled flights,” Rork said. “We’re now busier than ever and have been flying every single day.

“Now that I’m eight years into it, I’m already looking forward to the next eight,” he said.

According to Rork, this work has given his life a new purpose. “As much as I rescue them, they rescue me,” he said.

You can learn more about Dog Is My CoPilot here.