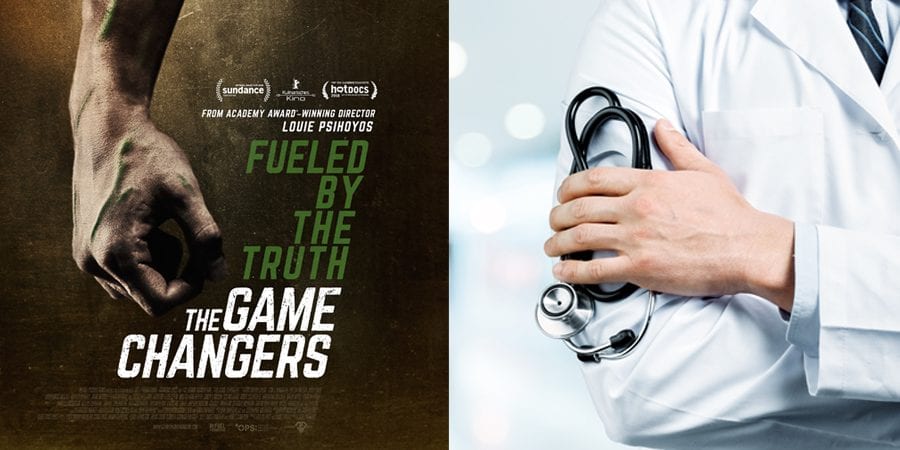 Healthcare providers have requested to use pro-vegan documentary The Game Changers to show patients an example of how to maintain a healthy diet.

Doctors have been in contact with the filmmakers and requested DVDs to inform patients about healthy eating habits.

The movie expels myths about needing meat and other animal products to reach peak physical performance and achieve a balanced diet.

The film features some of the world’s top plant-based athletes and has been directed by renowned filmmaker Louie Psihoyos and executive produced by Cameron, Jackie Chan, Arnold Schwarzenegger, and James Wilks.

And Wilks told Plant Based News that there has been serious interest from healthcare providers following the release of the film.

In a video interview, Wilks said: “The film’s been accredited by the American College Of Lifestyle Medicine.

“This means that every doctor and nurse in the United States can get credits by watching the film and taking a quiz that we developed.

“They’ve been asking for DVDs and blue-rays to hand out to all their patients…and that’s great because doctors have got an easy way to give the information to their patients.”

The Game Changers is now the best-selling documentary of all time on iTunes.

After ranking as the number one bestseller on iTunes pre-order last month, the highly-anticipated vegan documentary is now the most successful documentary ever within just one week.

The film, which will be released on Netflix tomorrow (October 16), “documents the explosive rise of plant-based eating in professional sports, mixing real-time, groundbreaking science with cinematic stories of struggle and triumph”.

Have you seen The Game Changers? Tell us what you thought in the comments section below!