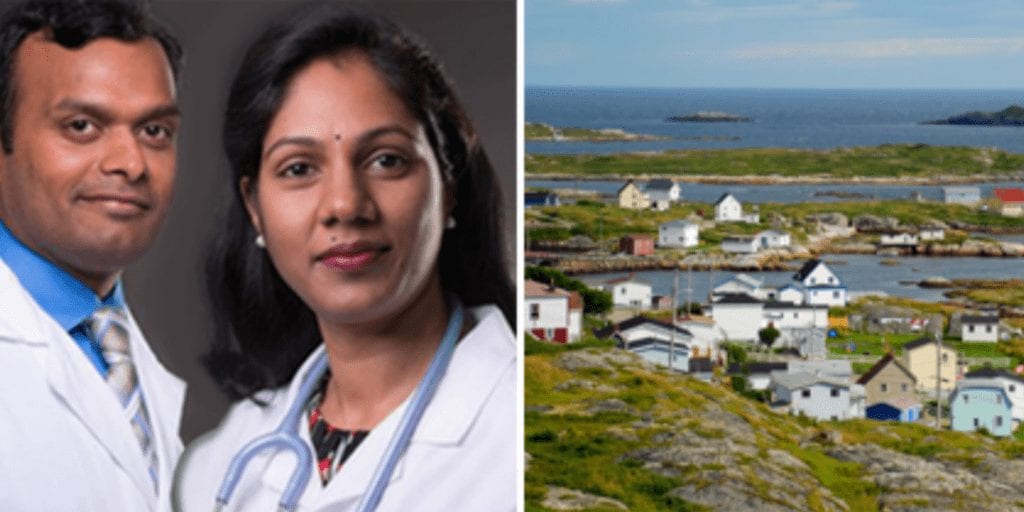 Two doctors have dramatically improved the health of a small village in Canada after convincing the community to take up a vegan diet.

Dr. Arjun Rayapudi and his partner Dr. Shobha Rayapudi have been holding workshops in the small village of Burin to showcase the health benefits of plant-based eating.

They moved to the town in 2011, and soon after founded Gift of Health after seeing the poor health and diet of many of the local residents.

The village in rural Newfoundland is known for its moose, salt beef and cod dishes, so it’s quite an achievement for the doctors to convince the community to take up the diet.

So far they’ve convinced 300 of the town’s 2,000 residents to go vegan, and have seen drastic improvements.

Arjun told CBC he was amazed at how quickly the vegan clinic became popular.

“So there is a huge burden of disease here,” he told CBC.

The doctors estimate that 80 percent of health issues in the town are related to diet, and the pair work on the belief that educating patients around their eating is more effective than the use of long-term drugs or surgery.

“Even with the best of the medical care can offer — the stents or the bypass surgery which are pretty risky procedures — still we can’t even get close to what plant-based medicine can do for chronic disease,” he said.

As the workshops cause a ripple effect and turn more and more of the community vegan, local businesses have reacted and started offering plant-based options.

The workshops also give skills to residents about how to cook using healthy plant-based ingredients at home.

“We’re giving them skills that they need to make a sustained change,” Arjun added.

The schoolteacher had struggled with medical and mobility problems and needed to take long-term disability from her job as a teacher.

But thanks to the new diet she lost 75 pounds and has a hugely reduced amount of daily pain.