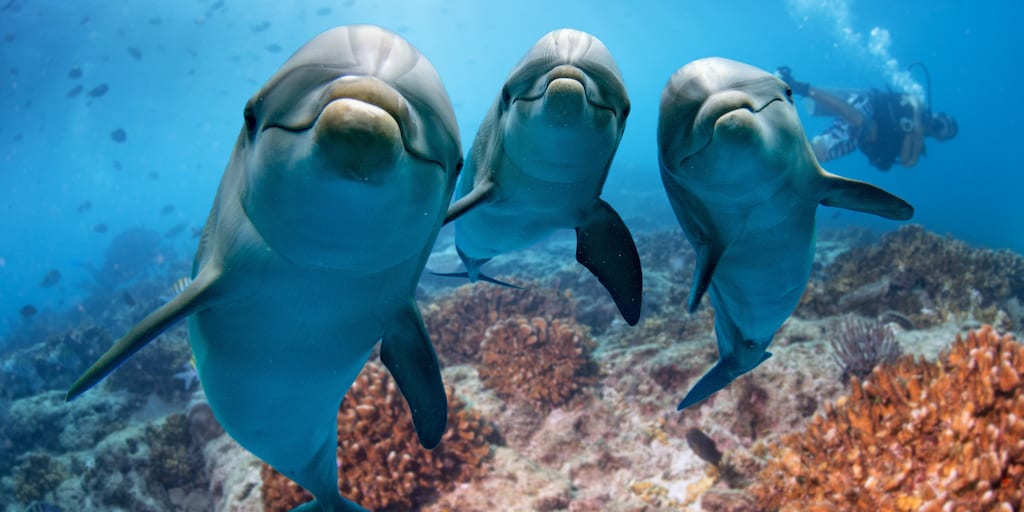 A pod of dolphins helped rescue a lost swimmer who had been stranded for 12 hours in the sea near Castlegregory in County Kerry.

A swimmer would have nearly died if it was not for a few helpful dolphins that saved him from drowning.

Last month, an unnamed man, who was trying to swim out to Mucklaghmore Rock, over five miles from Castlegregory beach, off the coast of Ireland went missing for nearly 12 hours.

Royal National Lifeboat Institution (RNLI) volunteers conducted a rescue operation after being alerted by the swimmer’s abandoned belongings on the beach.

The rescue crew found the man about two and a half miles off the coast after combing the sea for 12 long hours.

They spotted a pod of dolphins surrounding the swimmer. The man was conscious, but was “hypothermic and exhausted.”

“The casualty was conscious and immediately recovered onto the lifeboat and brought to Fenit Harbour to be taken to hospital,” the RNLI said.

While a crew member called the rescue a ‘miracle’, RNLI coxswain Finbarr O’Connell told The Irish Independent there were “a lot of dolphins around” the man when he and his team finally found the lost swimmer.

He added: “Maybe they helped him in some way or another: who knows?”

Conservationists identified the species as a population of bottlenose dolphins living in Scotland’s Moray Firth.

Dolphins are incredibly intelligent and highly social creatures and this isn’t the first instance of them showing compassionate towards humans.

According to the Whale and Dolphin Conservation Society, recorded stories of dolphins protecting humans can be traced back to ancient Greece.

While such occurences are not regarded as reliable evidence, experts in the field say dolphins appear to lend humans a helping flipper, because they are capable of mirror self-recognition – a primary indicator of self-awareness. Researchers at the National Aquarium in Baltimore, add that this capability “is thought to correlate with higher forms of empathy and altruistic behavior.”