Domino’s launches vegan pizzas across all UK and ROI outlets 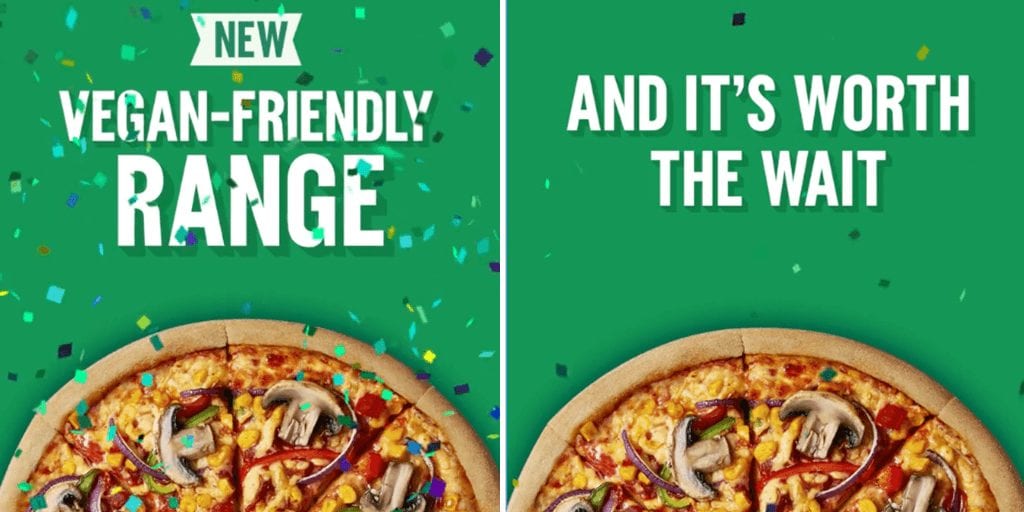 Today, after a long wait, Domino’s has finally unveiled its brand-new Vegan-Friendly Range.

The fast food chain has rolled out two vegan pizzas and a special dipping sauce in all of its 1,200 U.K and R.O.I outlets.

The new vegan range follows a ‘highly successful’ trial in 46 stores earlier this year in which fans of the new plant-based pizzas challenged Dominos to also create a vegan version of its Garlic and Herb dip, to which the pizza company happily complied.

It. Is. Finally. Here. Say hello to our brand new Vegan-Friendly Range.

‘Ours tastes the best’

“Domino’s may not be the first, but following fantastic feedback from our recent trial, we’re confident ours tastes the best,” Melanie Howe, legume legend at Domino’s said.

“Our pizza chefs have been tucked away in test kitchens perfecting the recipe to ensure our vegan friendly range recreates the unique magic of Domino’s famous original dough.”

She added: “Of course, nothing says Domino’s like our Garlic & Herb dip, so we’re proud to have perfected a worthy equivalent of the legendary pot so our vegan fans can also dunk or drizzle to their hearts’ content.”

Share this story to let others know of Domino’s new vegan pizza range.