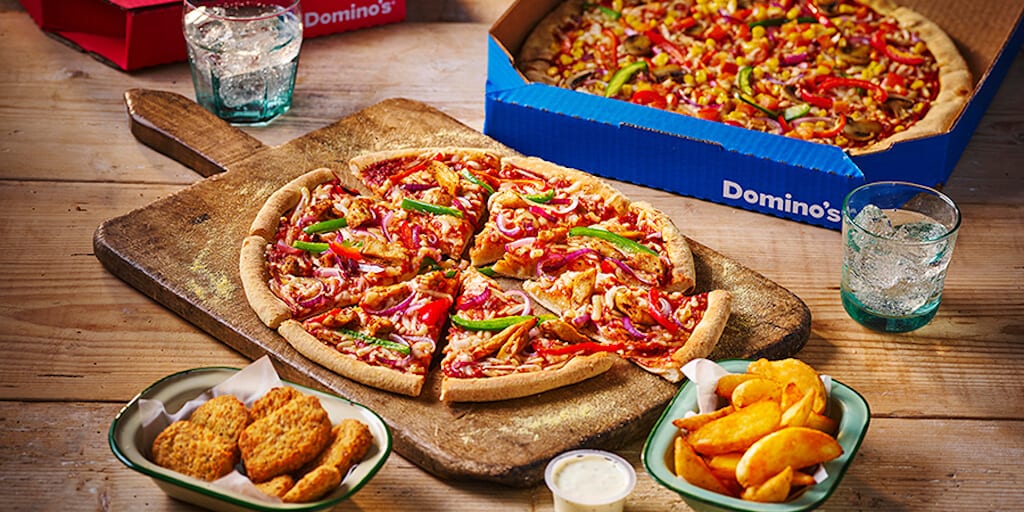 “These delicious additions land in stores just in time for the start of Veganuary, pizza and plants truly are a match made in heaven!”

Domino’s has planned to roll out new vegan offerings in stores across the UK and Republic of Ireland next month.

The fast-food chain is adding a meat-free chicken pizza to its menu dubbed ‘The Chick-Ain’t’ and delicious sides in the form of Vegan Nuggets.

The chain also debuted a vegan version of its iconic Garlic & Herb dip.

‘Match made in heaven’

“Our food innovation team haven’t stopped experimenting in the test kitchen since we launched our Vegan Friendly range a few months ago and we just know our customers are going to adore the Chick-Ain’t pizza and Vegan Nuggets,” Domino’s Legume Legend, Melanie Howe said.

“Feedback on the existing range has been overwhelmingly good and it’s brilliant to offer even more choice to customers. These delicious additions land in stores just in time for the start of Veganuary, pizza and plants truly are a match made in heaven!”

The new Vegan Friendly range will be available from January 4 on Domino’s app or any Domino’s outlet across the UK and Republic of Ireland.

Share this news to let others know about Domino’s new vegan offerings.