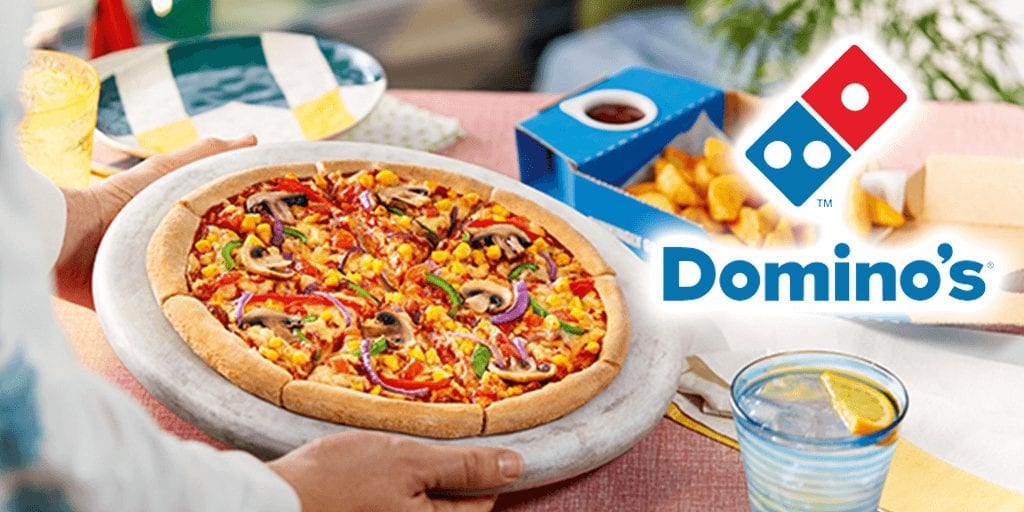 ‘(If our fans) love it as much as we do, Domino’s will roll out nationwide’

Domino’s has  jumped on to the vegan bandwagon and launched two new vegan pizzas in response to growing demand  from vegan pizzas fans asking the company to release a vegan pie similar to what is offered by other fast food chains including Papa John’s and Pizza Hut.

The brand, which currently has over 1000 restaurants in the UK will be trialling the new vegan-friendly recipes in only about 46 stores across the UK and Republic of Ireland.

The new recipes come after the takeaway pizza chain trialled a ‘Vegan Supreme’ pizza with vegan cheese at select stores in the UK in 2018.

The food innovation crew in Domino’s  kitchen said it took them over a year to perfect the 2 pizzas named: The Vegan Margherita and Vegan Vegi Supreme.

“Our vegan offering has been a while coming because we’re determined to make sure it’s full of our iconic Domino’s flavour. We might not be first but we’re always the best – no compromises, ” Aman Prasher, Domino’s chief vegan dough developer said.

The pizzas are made from a hand-stretched vegan dough with the Margherita made with Domino’s own vegan cheese and the Vegi Supreme arrayed with colourful toppings  including fresh veggies, mushrooms, sweetcorn, onions, jalapenos, green and red peppers and tomatoes.

The trial Vegan Friendly range will be available in a medium-size and customers will receive a complimentary vegan-friendly Domino’s BBQ sauce for dipping.

“Our dedicated pizza chefs are incredibly excited for our fans to try this new and improved latest dough as we believe we’ve nailed it,” added Prasher.

“If they agree, and love it as much as we do, Domino’s will roll out nationwide.

“We’ve now busy working on some toppings and sides -so watch this space.”

The 46 restaurants are currently serving  the vegan pizzas are:

Share this news to let others know of the new vegan pizzas from Domino’s.