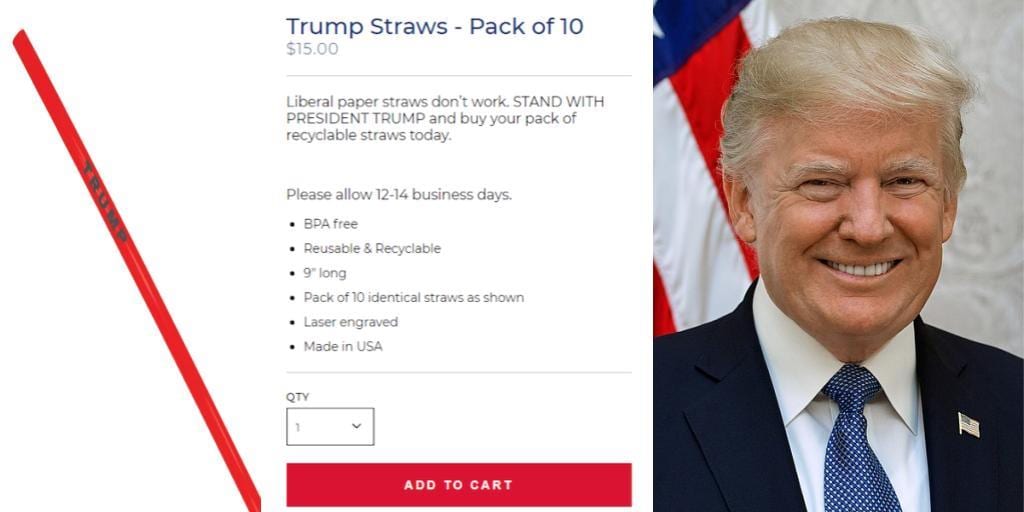 US President Donald Trump is using money from sales of plastic straws to fund his re-election campaign.

The straws, which are engraved with the president’s name, have raked in $500,000 for the campaign since their release on 19 July.

The first batch reportedly sold out within the first few hours, and Trump’s campaign manager Brad Parscale bragged of their success on Twitter.

An advert for the straws on the website offers packs of 10 straws for $15, and criticises ‘liberal’ paper straws – which are far less damaging to the environment.

The website claims the straws are ‘laser engraved’ and are recyclable and reusable.

Parscale said the concept for the straws was born when a paper straw he was using tore while he was drinking tea.

In a nod to the president’s successful first campaign he ended the tweet “#MakeStrawsGreatAgain”.

Funds raised from the straws will be used to boost Trumps re-election campaign for 2020.

Paper straws are becoming more popular across the world as governments attempt to reduce the negative impact of plastic on the ocean.

The ban will come into force from April 2020 after a public consultation revealed 80% of respondents backed a ban on plastic straws, 90% on drinks stirrers and 89% on cotton buds.

But paper straws are not always a hit, as a recent petition which demanded McDonald’s brings back plastic straws attracted more than 50,000 signatures.

What do you think of Donald Trump’s straws? Share your thoughts in the comments below!