Donkey rides banned in Costa Rica, but only if you're over 12.5 stone | Totally Vegan Buzz
Skip to content

Donkey rides banned in Costa Rica, but only if you’re over 12.5 stone 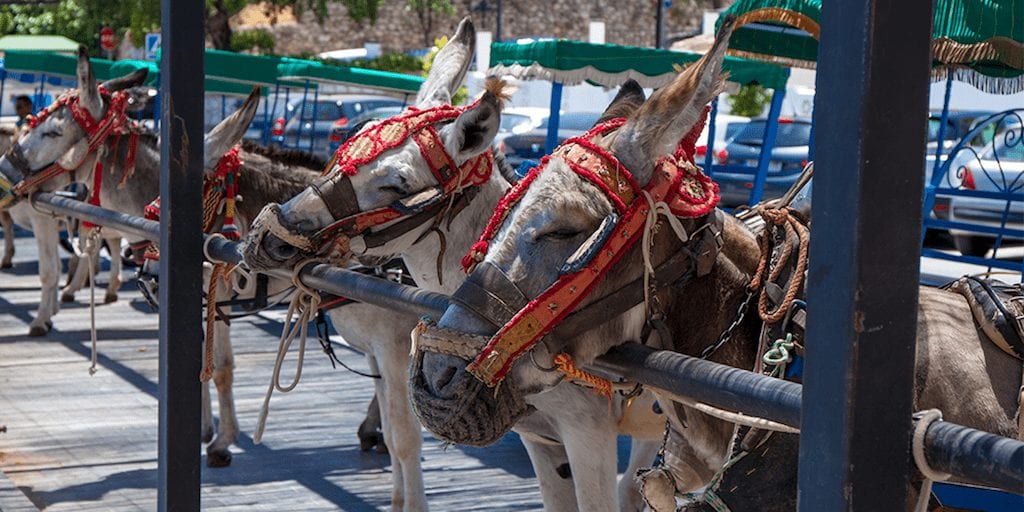 Animal welfare activists have welcomed a new law which bans people who weigh more than 12.5 stone (80kg) from riding donkeys in Costa Rica.

The new ban, which will apply in a famous Costa del Sol resort, has been introduced by council authorities after a string of incidents involving donkeys carrying heavy tourists.

The new rule will come into force on January 1 along with requirements for veterinary and hygiene checks at donkey stops and stables.

Donkey rides are a major tourist attraction in the popular tourist village of Mijas Pueblo, but the industry has been exposed for brutal treatment of animals in the past.

In 2015 a video surfaced of a man abusing a donkey which refused to get to its feet, leading to its owner being fired.

Activists in Costa Rica have welcomed the new restrictions. Veronica Sanchez, director of Donkey refuge El Refugio del Burrito, said: ‘We are very happy to have reached this point, where the concept of animal welfare is incorporated with specific measures.’

Animal rights political party PACMA opposes the industry, as it argues the donkeys are exploited and suffer painful injuries and illnesses.

Mijas Pueblo is known as the capital of the donkey taxi riding industry in Costa Rica. The local council announced the ban after a short public consultation.

Investigations into the donkey riding industry on the Greek island of Santorini has revealed horrific conditions for animals.

A new law passed this year prevents owners from burdening their donkeys with weights exceeding 100 kilograms, but new footage reveals the rules are being consistently broken.

Video footage shows handlers dragging animals down the steps, whipping and hitting them with sticks to make them continue walking.

An investigation from PETA was launched amid a campaign to stop the practice.

According to veterinary recommendations, donkeys shouldn’t carry more than 20% of their body weight – approximately 50 kilograms.

What do you think of the donkey riding industry? Share your thoughts in the comments section below!