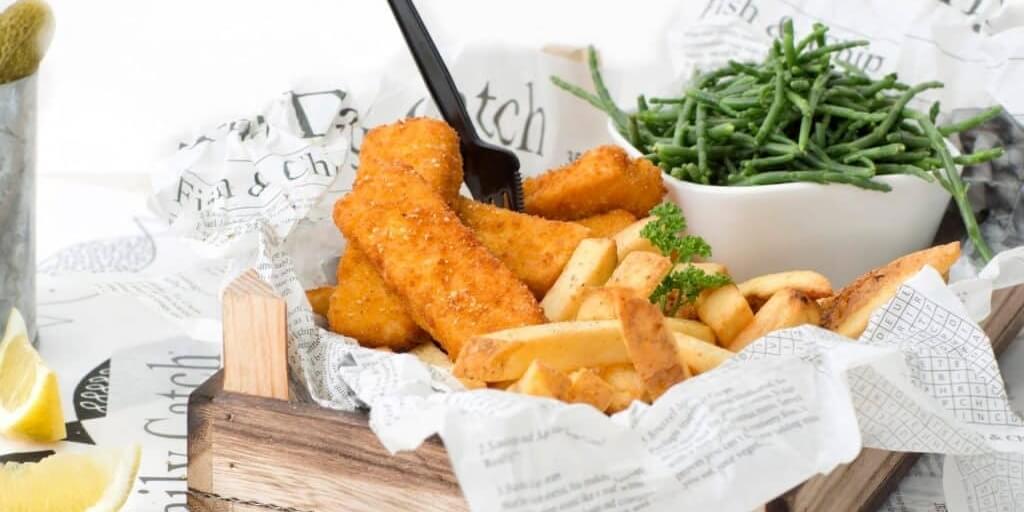 “[Seaspiracy] has contributed to a growing awareness of the importance of plant-based alternatives to fish. This will further increase the demand for fish substitutes.”

Meat replacement company Schouten – which distributes its products in 50 countries – has rolled out new wheat and rice-based vegan fish sticks.

They are deliciously crispy, with a soft fish-like texture on the inside, and can be eaten as part of a main meal, in a sandwich, or just as a snack.

The vegan fish sticks follow the launch of the brand’s vegan tuna earlier this year. It is also already working on adding three fish substitutes to its product range before the summer

According to Schouten, it aims to introduce fish alternatives that are tasty, sustainable and reduce pressure on the oceans.

“We have noticed that the Netflix documentary Seaspiracy has made a big impression on people,” Annemiek Vervoort – Product Manager at Schouten said.

“[It] has contributed to a growing awareness of the importance of plant-based alternatives to fish. This will further increase the demand for fish substitutes.”

Although demand for fish substitutes is growing, it is still a relatively small market in comparison with meat substitues.

The Dutch plant-based meat market is currently worth €180 million ($218 million) while the vegan seafood market is around €1 million ($1.2 million).

However, Vervoort believes the fish alternative market is growing rapidly.

“We see the demand for meat substitutes continuing to rise. The fish substitutes will benefit from this, also because both product groups are currently often offered in the same plant-based section,” she added.

The family-owned brand—which has been developing meat alternatives since 1990 plans to launch its plant-based fish products worldwide in both retail and foodservice channels.

A number of eateries and retailers have been inspired by the Netflix hit Seaspiracy.

took to social media to announce: “ Seaspiracy has opened our eyes to the overwhelming and damaging effects the fishing industry has on our whole ecosystem. I bet you will stop eating fish after watching this movie.

“Slowood will take a step forward and stop selling fish.”

The chain added that it would also donate a portion of sales from its last fish products to vegan ocean conservation group Sea Shepherd.

In the UK, Purezza- the country’s first vegan pizzeria – unveiled a limited-edition pizza called The Seaspiracy One, earlier this month.

It will be available for dine-in and takeaway at all of Purezza’s branches in Brighton, Bristol, London, and Manchester.

The chain has also committed to donate 100% of the profits to Sea Shepherd.

“It shows that we do not need to continue with the destruction of marine habitats. And, [we] do not have to plunder our oceans to enjoy a delicious tasting pizza.”

She added that Sea Shepherd, which is run primarily by volunteers will benefit greatly by donations as it would help the conservation group “to continue with the running of our campaigns, the maintenance of our fleet of ships, and the purchase of fuel.”