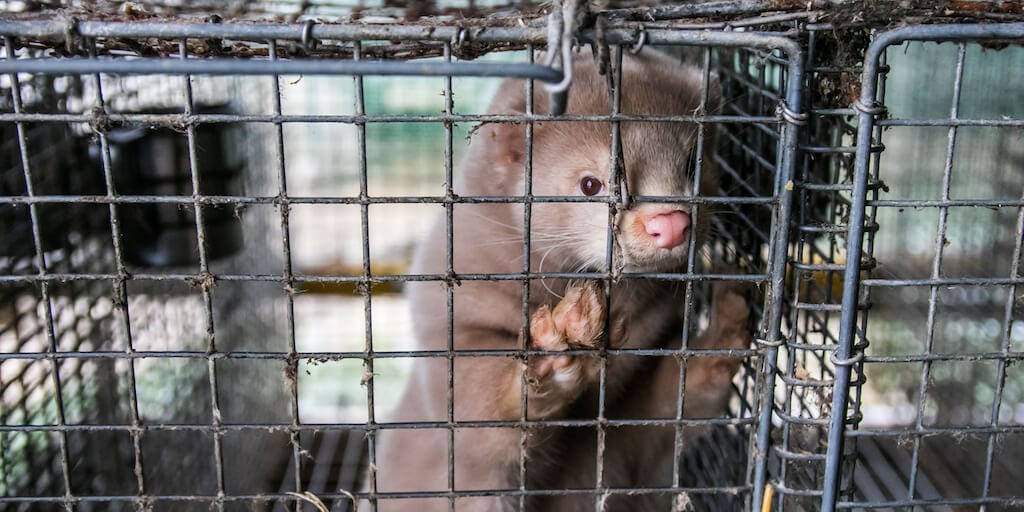 Dutch MPs have “overwhelmingly” voted to close all of its estimated 128 mink farms by the end of the year following coronavirus outbreaks that spread to 15 more farms after being first detected on two farms in April.

The government initially ordered mass culling of mink to contain the infection killing nearly 600,000 minks this month reported Fur Europe, a Brussels-based industry group. But the continued spread and reports of the virus jumping from mink to humans with at least two workers contracting the contagion prompted the government to accelerate the deadline.

“Waiting until 2024 for the mink ban to take effect would have been unjustifiable and irresponsible,” said Sandra Schoenmakers, director of Dutch anti-fur organizations Bont voor Dieren.

In addition to fast tracking closures of mink farms, the Dutch Parliament voted on a number of issues related to the mink fur sector, including not allowing the 17 farms that have already culled their mink due to coronavirus to reopen and compensating  the mink farmers for ending the practice earlier than the phase out due date of 31st December 2023 since some farms are worth tens of millions of euros.

The Netherlands is the fourth largest producer of mink pelts after China, Denmark, and Poland. In 2018, Dutch mink farms manufactured around 4.5 million mink pelts of the estimated 60 million mink pelts. Globally an estimated 100 million animals including mink, foxes and rabbits are killed annually for the fur industry.

Animal welfare campaigners pushing for the early closure of the mink fur industry welcomed the outcome despite being unhappy that the compensation to farmers would come from public funds.

“The intensive breeding of animals on fur farms is an incredibly cruel practice that not only causes immense suffering to animals, but can also serve as a reservoir for coronaviruses,” said Dr Joanna Swabe, senior director of public affairs for animal protection group Humane Society International/Europe in a statement.

“While we are disappointed by the suggestion that taxpayers’ hard-earned money should be used as compensation to fur farmers who have kept this cruel industry alive in the face of massive public and political opposition, this vote calls on the government to act swiftly to end this inhumane practice before the existing 2024 deadline. That is worth a celebration. The Dutch government now has to take action to honor the Parliament’s wishes.”

“We welcome today’s vote by Dutch MPs to shut down mink fur farms in the Netherlands and prioritize welfare concerns over the industry’s interests.”

“In light of the COVID-19 risk, we call on all fur-producing countries to follow [the Netherlands] and end this barbaric practice for the sake of animal and public health,” Oele added.