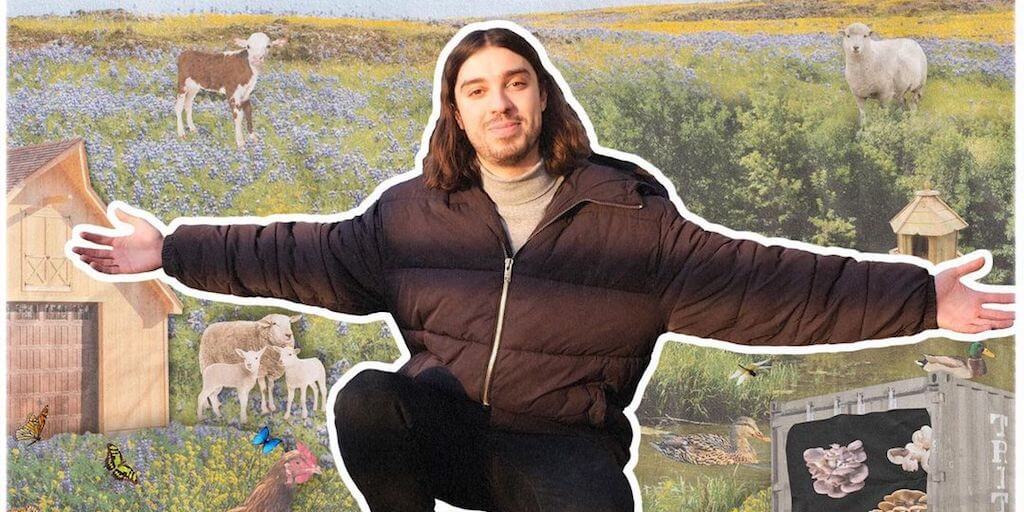 “We can’t wait to keep growing the sanctuary and welcoming more and more animals so that they too can live the life that they deserve to live.”

The new shelter will serve as a ‘lifelong, no-kill, safe haven and forever home to abused and unwanted animals’.

The idea of a sanctuary came about in 2018 when Winters and his team opened a vegan restaurant Unity Diner in London. Now, the restaurant’s profits, as well as donations and other fundraisers have helped fund the sanctuary.

The newly opened Midlands-based sanctuary is already home to Eric the sheep, rescued at just 10 weeks old. Other inmates include former battery hens – Camila and Chloe, turkeys – Harold and Fredrick,  and pigs – Gus and Pete.

While the Sanctuary will be a home for animals in need,  some of the land may be utilized to build accommodation for volunteers, workers and visitors in the future.

In addition, the Surge team is considering the option of using some of the land to grow mushrooms and other veganic produce, which may be supplied to Unity Diner or be used to feed the residents of the sanctuary.

Other parts may ‘be rewilded to provide natural habitats for pollinators and other wildlife.’

‘Thank you so much’

Recounting the journey and showing gratitude to everyone involved in the project, Ed Winters, said: “We are so thrilled that the Surge Sanctuary is now a reality. But we couldn’t have done it without the support of everyone who has worked at Unity Diner, eaten at Unity Diner and supported the work that myself and the Surge team do.

“So from the bottom of our hearts, thank you so much to all of you who have been a part of this journey so far.”

He added: “We already have a group of residents who have settled in and are getting used to lounging around, eating lots of delicious food and most importantly, living their lives without being harmed or exploited.

“And we can’t wait to keep growing the sanctuary and welcoming more and more animals so that they too can live the life that they deserve to live.”

Share this story to let others know about the new Surge Sanctuary.