Eating meat should be banned to save the planet, leading barrister argues – Totally Vegan Buzz
Skip to content

Eating meat should be banned to save the planet, leading barrister argues 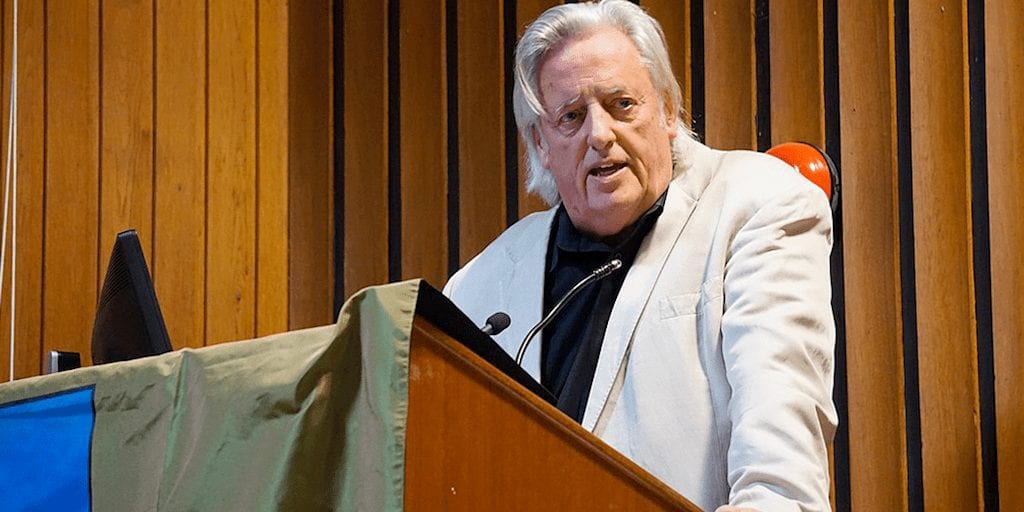 A leading barrister has argued that a law banning meat could be a possibility in the future.

Michael Mansfield QC has been involved in a number of high profile cases, including with accused IRA bombers, the Birmingham Six and the Hillsborough disaster.

A vegetarian himself, Mansfield has said the government should introduce a law to ban beef to help save the planet. He said meat eating is a ‘wilful destruction of nature’.

“It is not preposterous to think one day it will become illegal. There are plenty of things that were once commonplace that are now illegal such as smoking inside,” he said.

77-year-old Mansfield is leading the ‘Vegan Now’ campaign from animal rights group Viva!, and will speak at the Labour Party conference today (September 23).

“It is time for a new law on ‘ecocide’ to go alongside genocide and the other crimes against humanity,” he said.

“We know that the top 3,000 companies in the world are responsible for more than £1.5tn worth of damage to the environment with meat and dairy production high on the list. We know that because the UN has told us so.”

During the Vegan Now event Mansfield will discuss the effects of livestock farming on global biodiversity and climate change with a panel of experts.

Juliet Gellatley, from vegan charity Viva!, said: “Thirty years ago people didn’t bat an eyelid if you lit a cigarette in a pub or restaurant.

“But now society accepts smoking is harmful and so we legislated against it. The same could happen with eating meat.”

Vegan Now is a campaign from animal rights group Viva! which aims to inform the public about the impact of our lifestyles on planet.

It provides in depth information about the impact of meat and dairy on the planet and our health, and gives handy resources for anyone looking make the switch to veganism.

Should meat eating be illegal? Share your thoughts in the comments section below!