Edible Water Pods Were Handed Out At The London Marathon, Reducing Huge Amounts Of Plastic Waste 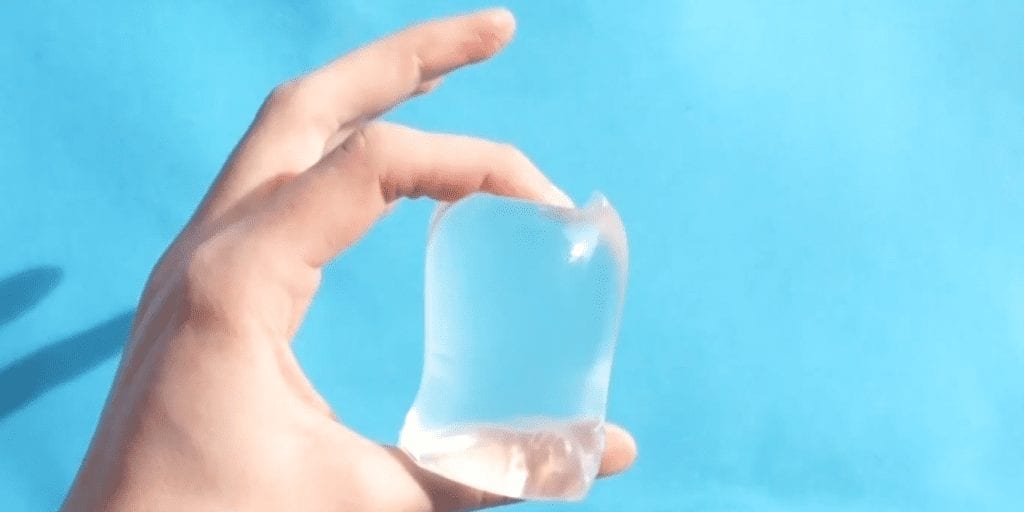 Edible water bottles were handed out to runners at the London Marathon this weekend to reduce the huge amount of plastic waste created by the event.

At the conclusion of the London Marathon, the streets are usually littered with plastic bottles. Runners and spectators spend hours on the streets and need to remain sufficiently hydrated.

From the world’s top athletes to runners dressed head to toe in animal costumes – runners are often seen throwing thousands of bottles on the floor as they complete the gruelling 26.2 mile challenge.

But revolutionary technology from startup Skipping Rocks Lab has provided an ingenious solution to the problem.

The company has created edible pods of water called Ooho! The capsules can be filled with a wide range of liquids, and even the casing can be eaten.

But for anyone new to the technology or those who aren’t a fan of the thin seaweed membrane, the pods can be dropped on the floor and will biodegrade within six weeks.

This year’s London marathon saw thousands of bottles replaced with the capsules as runners soaked up some much needed fluid.

The packets can also be used for juices in supermarkets or filled with sauces in takeaway food, and are even seen at festivals containing cocktails.

Rodrigo Garcia Gonzalez and Pierre Paslier confounded the company in 2013 while studying Innovation Design Engineering at Imperial College London and the Royal College of Art.

Gonzalez told CNN: “The marathon is a milestone … we are hoping we will demonstrate that it can be used at scale in the future.”

The company features a combination of designers, chemists, engineers and entrepreneurs.

The London Marathon was won by Eliud Kipchoge, who ran the second fastest marathon time in history, beaten only by his own personal record from the Berlin Marathon.

And one runner broke the Guinness World Record for running the marathon in a full animal costume.

Kate Carter wore a full panda outfit to raise money for the World Wide Fund For Nature (WWF) in a time of just 3:48:32 – beating the record by 25 minutes.

What do you think of the new technology? Tell us in the comments section below!