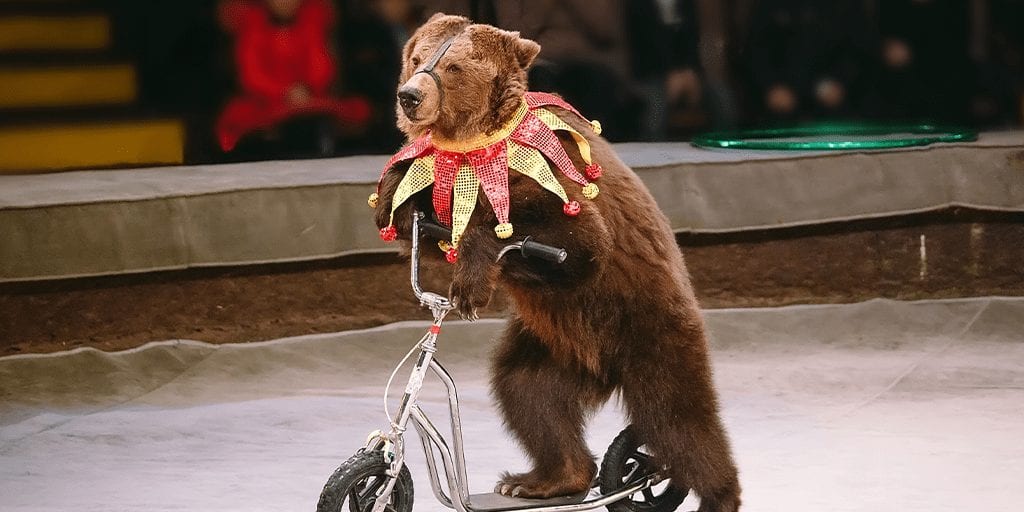 After a relentless pursuit by PETA and other animal protection organisations, the Wild Animals in Circus Bill comes into effect, which prevents circus operators across England from exploiting wild animals in the name of human entertainment.

The Wild Animals in Circus Bill passed by the British Parliament in July 2019, was put in to effect last week.

According to the bill, no travelling circuses in England can now employ wild animals for human entertainment.

In the following 20 years, PETA members contacted their MPs, appealed in parliamentary meetings through protests, mobilized petitions urging ministers to introduce a ban and released powerful ads to strengthen their case.

“Our petition urging Michael Gove and environment ministers before him to introduce a ban garnered tens of thousands of signatures – a testament to the shift in perspective on animal rights and the growing calls for the government to take action against animal exploitation,” wrote PETA in a statement.

Groups including the RSPCA, Animal Justice Project, the Born Free Foundation, Animal Defenders International, Viva!, Animal Aid, and the Captive Animals’ Protection Society also joined PETA in sending a letter in 2016, to remind  the ruling government ‘to work on introducing a ban.’

The bill was passed after 20 years of collective protests, ad campaigns, and pressure from animal protection groups, celebrities, and the public.

Over 40 countries have already passed such bans including both Ireland and Scotland, which implemented bans in 2018.

New Jersey became the first state in the United States followed by Hawaii to implement a similar ban in December 2018.

What else should governments do to protect animals from barbaric commercial activities? Share your thoughts in the comments below!