EU spends €200m a year promoting meat, despite being urged to implement 'meat tax' for the climate | Totally Vegan Buzz
Skip to content

EU spends €200m a year promoting meat, despite being urged to implement ‘meat tax’ for the climate 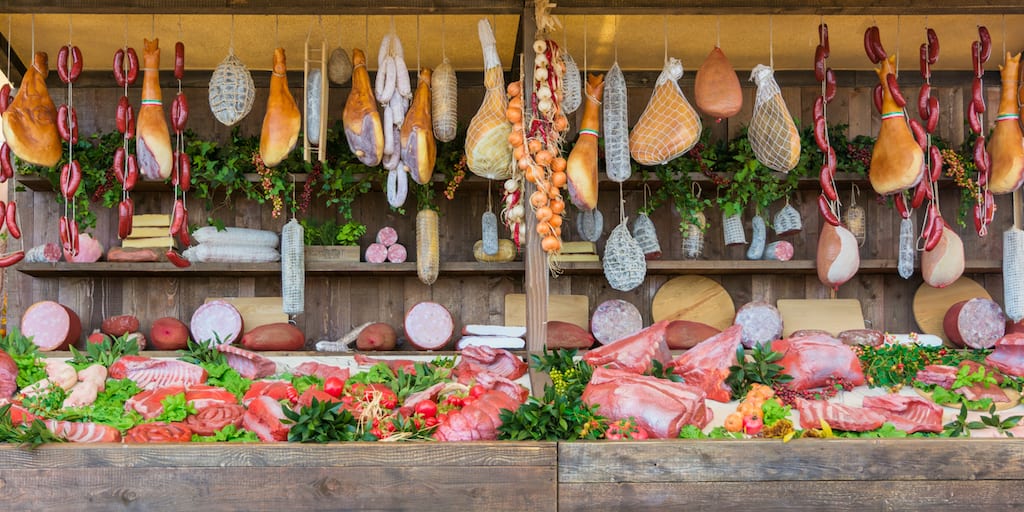 The European Commission has been funding campaigns that promote consumption of meat because ‘fake reports’ of their negative impacts on health and climate are hurting sales of these agricultural products.

Despite committing to reduce emissions in the European Union by at least 40% by 2030 in the  the Paris climate agreement, the EU still spends millions of euros annually to promote meat consumption.

According to the Guardian, the EU grants  €200 million (£166m) in subsidies annually to the livestock sector in an attempt to reverse the negative reports that implicate the meat and dairy industries.

In the past three years, nearly €60 million has been spent on more than 20 marketing campaigns to promote meat and other “agricultural products”.

The campaigns are aimed to encourage people to continue to eat meat and not be swayed by health reports that link meat products to cancer and climate impact reports that estimate that livestock farming is responsible for 12-17% of total greenhouse gas emissions.

One campaign to promote pork consumption secured €1.4m for marketing, and included a “road-show” with a bus painted to look like a pig.

Another campaign that is set to run over the next two years in six member states has received €4.4m. The Association of Poultry Processors and Poultry Trade in charge of the campaign will work to “contradict myths and fake news” about how chickens are bred for their produce.

Similar campaigns to promote meat of calves and other animals have received funding from the European Commission.

However, not all member states are happy with the decision. Dutch officials are campaigning to reduce meat consumption.

According to research by animal rights group Wakker Dier, “Europe has an aging and unsustainable system of subsidies which impacts on animal welfare, health and the environment

In a report by DutchNews.nl, Anne Hilhorst, a spokesperson for the animal group said: “One subsidy is counteracting another and the national interest is diametrically opposed to European policy.

“The Netherlands needs to take a tougher approach to EU subsidies.”

Sjoerd van de Wouw, a researcher at Wakker Dier foundation, added: “We understand that you need to consider the interests of producers but not by completing ignoring the interests of consumers and the climate.”

Elsewhere, Greenpeace’s EU agriculture policy director, Marco Contiero said: “Instead of pouring billions of euros into industrial farms that drive climate change, the EU must support farmers to produce less and better meat, and to provide meat and dairy alternatives.”

In fact, based on a report prepared by environmental research group CE Delft in the Netherlands that analysed the impact of meat production in terms of greenhouse gas emissions, air and water pollution, and loss of wildlife, a coalition of health, environment and animal welfare organisations urged the European Parliament to consider a meat tax to offset the industry’s environmental impact on health, climate and economy.

While animal and climate activists insist that EU’s stance in promoting animal agriculture is unsustainable and contributing to the  global climate crisis, the EU site notes: “The main objective of the campaign is to provide information on the quality and taste qualities of European pork, beef and their products, resulting from the specific production requirements defined both at the level of EU law and food quality management systems.

“Moreover it is to highlight European history, tradition and experience in meat production as well as processing, drawing attention to the high production standards with a set of strict legal regulations in order to guarantee the safety of food products.”

“Many of the studies that call for a reduction of livestock do not consider the actual implications that a shift in production would have. Land would be abandoned and other benefits for the environment would be lost,” said a spokesperson of the group.

“Farmers are already looking into how to reduce emissions from livestock farming and working with research to come up with viable solutions – such as reducing livestock enteric methane emissions through special feed supplements – that do not jeopardise livestock production in the EU and are also sustainable for farmers.”

Share this article to reveal how the EU is promoting the livestock sector despite the negative impacts.