EU told to ban Brazilian beef to save the rainforests 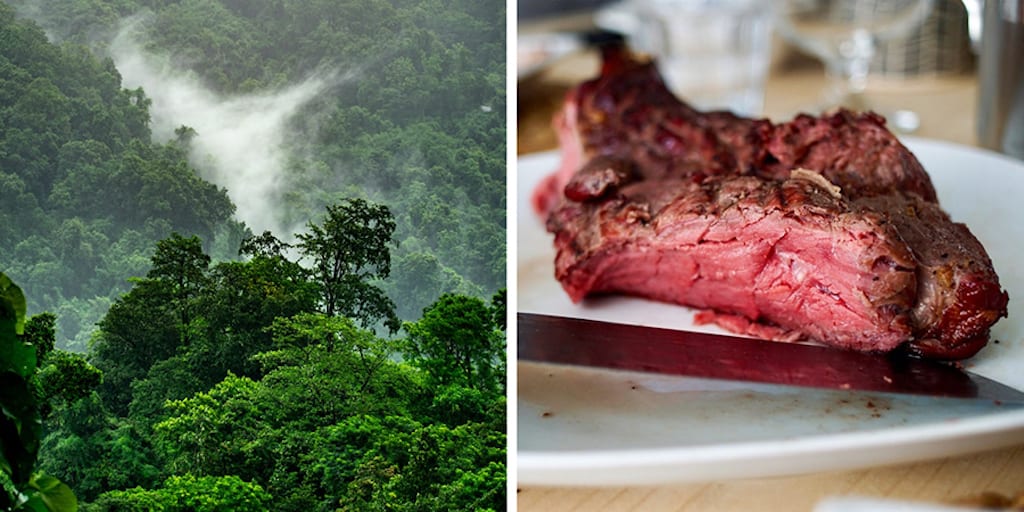 The European Union has been urged to ban beef imports from Brazil to build pressure for action over the Amazon fires.

After witnessing unprecedented fires in the Amazon, Finland, which holds the European Union’s rotating chairmanship, released a statement urging the EU to act.

“Finance Minister Mika Lintila condemns the destruction of the Amazon rainforests and suggests that the EU and Finland should urgently review the possibility of banning Brazilian beef import,” it said.

The United States Department of Agriculture (USDA) reports that Brazil is the biggest producer of beef globally, providing almost 20% of the total exports worldwide.

“Now we need effective action from the EU… I am ready to raise the issue with my EU Finance Minister colleagues who will be coming to Helsinki in September, if there is no progress before then,” Lintila said.

According to the Brazilian Beef Exporters Association (Abiec), last year the country generated $6.57 billion by exporting 1.64 million tonnes of beef – the highest amount in history.

Beef is Burning the Amazon

Cattle ranching has been identified as a key reason for the rise in Amazon wildfires. Environmentalists have held the Brazilian prime minister responsible for allowing unlawful practices within the beef industry to flourish.

Ane Alencar, the scientific director of the Institute of Environmental Research in Amazonia, said: “These are not wildfires, but rather fires set by people seeking to create cattle ranches, intentionally ignited during the dry season each year. They cut the trees, leave the wood to dry and later put fire to it, so that the ashes can fertilize the soil.”

Deforestation not only depletes the oxygen source by igniting the rainforest, but it also increases its carbon footprint.

But a joint report by the Organisation for Economic Co-operation and Development (OECD) and the Food and Agricultural Organization of the United Nations (FAO) has predicted that global production of beef and veal would increase 16% between 2017 and 2027 to meet increased demand.

What can be done to save the Amazon from burning? Share your thoughts in the comments section below!