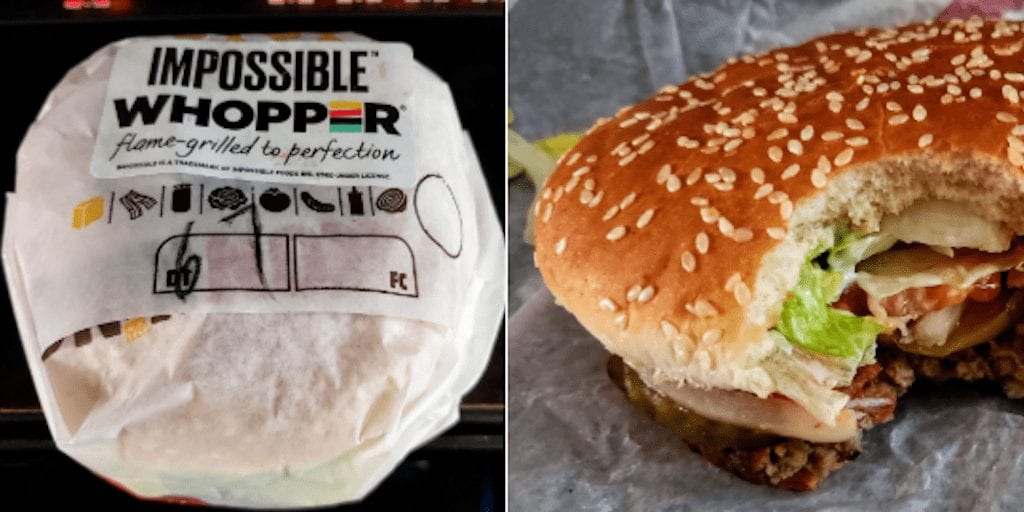 Burger King has partnered with Impossible Foods to launch the vegan Impossible Whopper, and reactions to the burger are flooding in.

Customers of the fast food giant have given rave reviews to the new plant-based offer, which is available in in 59 locations across Missouri, US and could yet be rolled out across the country and beyond.

Many vegans have celebrated the release, welcoming a product which could reduce the demand for animal products and provides more vegan options in the mainstream.

However, others are put off by alternatives which closely resemble meat – and this product might not be for them.

Customers have reported that the Impossible Whopper ‘tastes just like meat’.

Burger King also launched a promotional campaign in which meat eaters were tricked into eating the impossible burger, believing it was the beef option.

And the fast food chain’s chief marketing officer Fernando Machado said that even regular customers and employees couldn’t tell the difference between the Impossible Whopper and its meaty counterpart.

“People on my team who know the Whopper inside and out, they try it and they struggle to differentiate which one is which,” he said.

“I have high expectations that it’s going to be big business, not just a niche product.”

The Impossible Whopper is already available at more than a thousand Carls Jr. restaurants in the US.

But that would be dwarfed in comparison to Burger King’s 7,200 outlets if the burger were to be rolled out across the country.

The burger contains 17g of protein and has zero cholestoral, and Impossible Foods says the meat alternative ‘delivers the rich, beefy taste that discerning meat lovers demand with as much bio-available iron and high-quality protein as a comparable serving of ground beef from cows’.

Customers posted about the burger on social media following the launch with rave reviews, and shock to its resemblance to beef.

Would you try the new Impossible Whopper? Tell us in the comments section below!