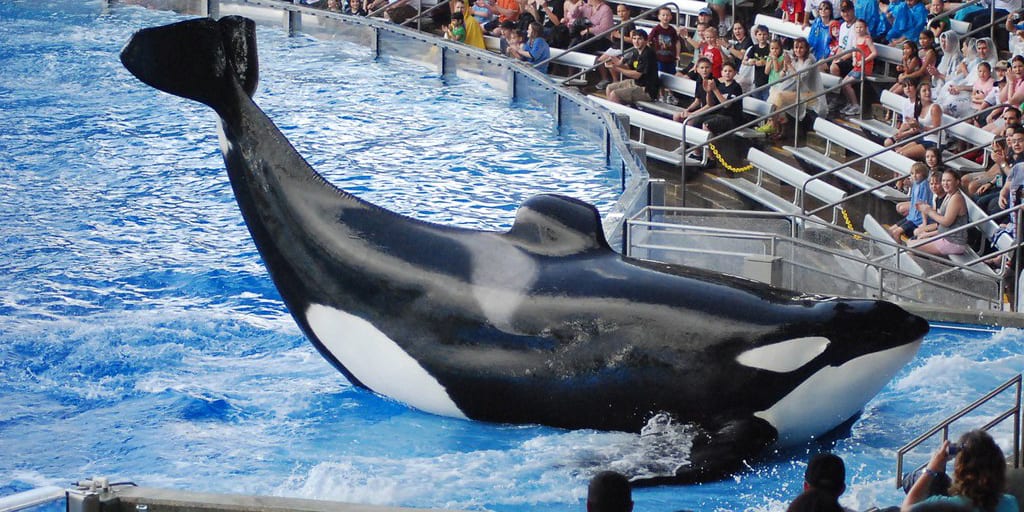 Ex-SeaWorld trainers open up on how whales were confined, ill-treated, drugged, and starved to control their behaviors and to make them perform.

Jeffrey Ventre and John Hargrove, who worked at the Orlando theme park for years confessed that although they were initially thrilled to become trainers, soon came to loathe their jobs after seeing whales suffering daily.

Both men claimed that the animals were routinely injected with Valium to sedate them and were starved to the extent that they fell ill.

The whales were frustrated, stressed and often self-harmed as a result of the psychological trauma they suffered.

Harrowed whales would grate their teeth or bite concrete, damaging their dentures. They not only self harmed but also scratched others with their teeth. Jaw popping – a threat display between two orcas – was regularly seen.

Ventre, 55 speaking to The Sun Online said, “The whales and dolphins were stressed and this caused stomach ulcers,”

“So they got meds for that. They also got chronic infections, so they got antibiotics. They were also sometimes aggressive or hard to control so they could be given Valium to calm their aggression.”

The trainer also indicated that they were asked to publicly lie about the injuries the whales sustained in their caged homes.

They had to tell kids that killer whales lived 25 to 30 years on average, whereas killer whales can survive between 50 and 80 years in the wild. In captivity, their life expectancy is reduced to around 17 years.

The trainers also passed off dorsal fin collapse as a genetic condition, although scientists suggest it is caused by stress and reduced activity.

Trainer John Hargrove started his killer whale training in 1993 and resigned in 2012 at 39 years of age. He said, “It was the most difficult decision in my life to have to walk away from the whales I loved to be able to become a whistle-blower and expose the industry.”

The SeaWorld trainers also recounted gruesome stories of whales attacking them because stress made the orcas hyper-aggressive. Many trainers had been injured by the whales whilst on duty.

Ultimately, both Ventre and Hargrove resigned because the industry was having a terrible influence on both whales and trainers.

These are many of the same tired, false and misleading claims uninformed activists and disgruntled former employees have been repeating for years.

Our animal welfare practices are accredited and reviewed by organizations such as American Humane, the Association of Zoos and Aquariums, Alliance of Marine Mammal Parks and Aquariums and US Department of Agriculture’s Animal and Plant Health Inspection Service, so any notion that SeaWorld abuses animals is categorically false.

The fact is, no one does more to protect marine mammals and advance cetacean research, rescue and conservation than the more than 1,000 dedicated animal care experts at SeaWorld.

Both Ventre and Hargrove are now campaigning for saving SeaWorld’s killer whales and releasing them from captivity, with Hargrove saying, “By speaking out it helps with the guilt I still keep buried inside me for being able to walk away and go on with my life when those whales I loved more than anything, could not.”

What do you think of the ex-SeaWorld trainers’ revelations? Tell us how you feel in the comments section below!