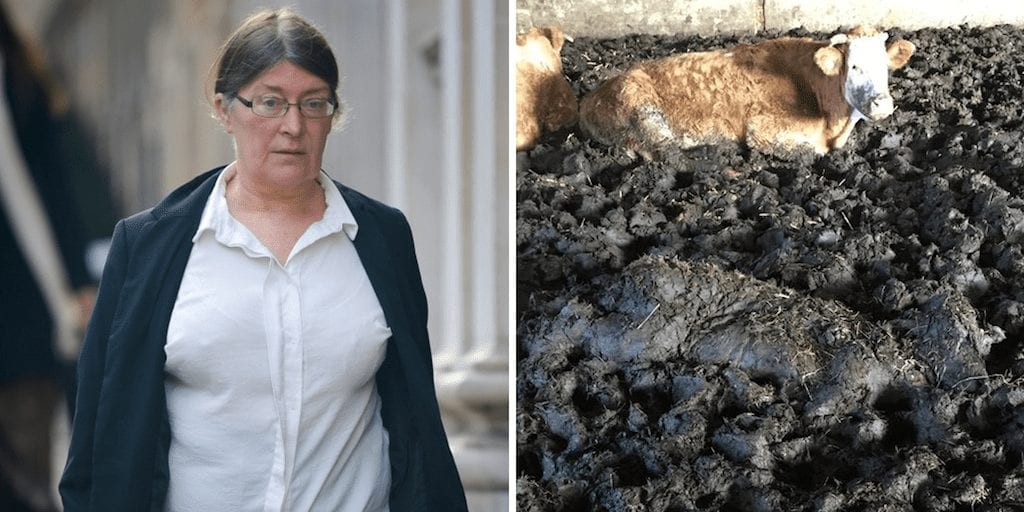 The farmer has been sentenced to jail after being convicted of the worst cases of animal cruelty.

Susan Smith, the ‘hell farm owner’ will serve 18 months in jail after she was convicted of 27 animal welfare charges, which include cruelty, neglect, and failure to dispose of animal carcasses.

The Royal Society for the Prevention of Cruelty to Animals (RSPCA) first visited the 80-acre farm on March 14, 2015 after receiving complaints about escaping animals and dead animal carcasses.

RSPCA was horrified to find livestock infested, emaciated, and covered with muck and feces.

Some animals had open wounds, scabs, and visible bones.

The inspectors also found animal carcasses strewn around the barn with others feeding on them to survive. A young calf was found hovering next to a decaying cow presumed to be the mother.

Dr David Martin, a vet, brought in as an expert consultant, described the animals’ pitiful plight as a “total animal welfare disaster”.

However, Smith defended her stand stating that she was unable to tend to the farm after she suffered a bout of pneumonia and her tractor broke down.

She also informed that she had hired Mark Downs to oversee the farm in return for leaving his horses on her land. Downs was convicted of 22 separate charges.

Before pronouncing the judgement at Bristol Crown Court, Judge Euan Ambrose told Smith: “You showed a stubborn intransigence with which you have contested every single aspect of every single charge.”

She also banned Smith from keeping animals for life.

What measures should the government take to prevent animal cruelty at farms? Share your thoughts in the comments section below!