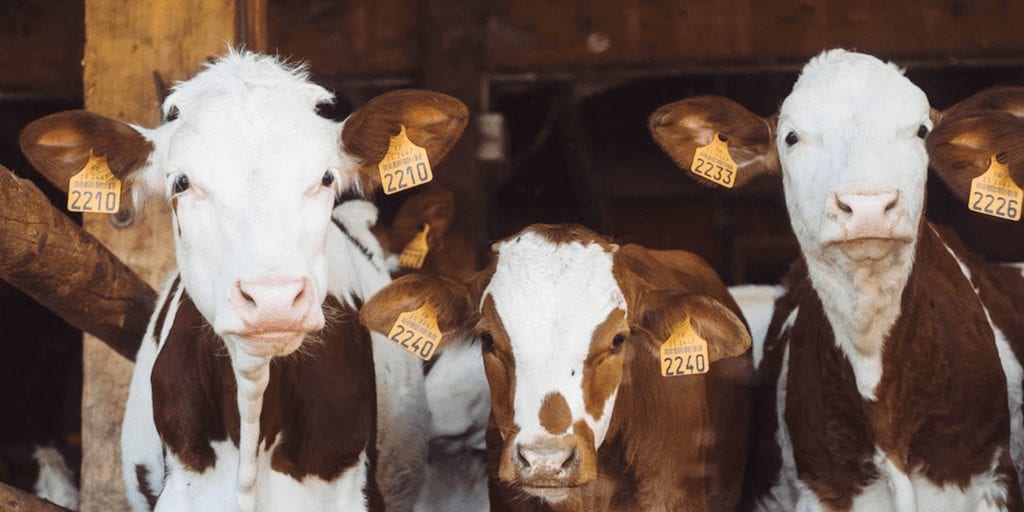 Farmers have been urged to engage with vegans to combat a shift in public opinion – which the industry fears could lead to its demise.

A post by flagship farming magazine Farmers Weekly titled ‘Time to engage with moderate vegans’ admitted faults in the industry, and urged farmers to reassess their approach.

The farming industry is facing threats from many angles. Firstly, the physical forces of climate change and scientific evidence have revealed that the best way to reduce carbon emissions is to go vegan.

Secondly, shifting opinions in society are also causing the industry to fear the worst, with veganism exploding in popularity in the UK and beyond.

In addition, laws have been introduced forcing slaughterhouses to install CCTV cameras, as people wake up to the horrors of factory farming.

Writer for the magazine and farmer in Devon, Catherine Broomfield was scathing about some vegans, but encouraged dialogue between people who rear animals for food and those who reject animal products and exploitation.

“While there is an unreachable cabal of the ill-informed and closed-minded, there also exists a thoughtful, less-vociferous majority who feel genuine unease about aspects of how land and livestock are farmed for food,” she wrote.

“UK farming has to engage with this moderate majority. Not to doggedly defend the status quo, nor to relentlessly spin a positive message, but to engage honestly and seriously in order to build trust and understanding.”

The opinion piece did concede that many things in the farming industry need to change.

It continued: “Some of what we do could be better, some things need to stop, and the mix of what we grow and rear will need to change simply because, like it or not, the market – or the planet – will dictate it.”

The threats of Brexit on the UK farming industry are a ‘blip’ in comparison to ‘the giant forces of societal and climate change that will have far more lasting consequences than any challenge arising from Brexit’, Broomfield added.