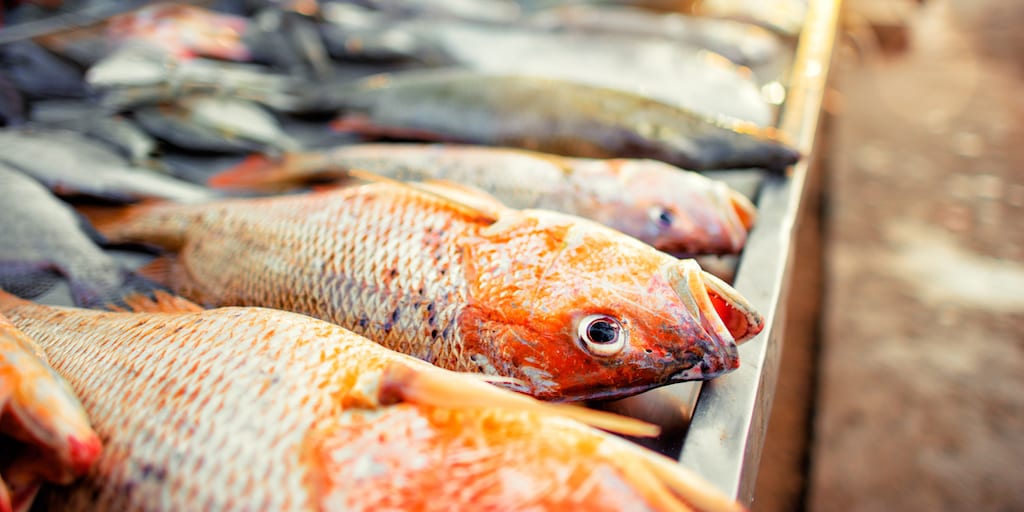 Based on the principles of Veganuary, the Fish Free February campaign is an opportunity to ‘tackle overfishing, plastic pollution and ecosystem collapse’ and ‘do our part for the planet’.

The Veganuary campaign that started in 2014 with just 3,300 participants in the first year had over 300,000 taking the pledge in 2020 as public awareness on the negative impacts of the meat and dairy industries on health, environment and animals increased.

This wave of change led Marine biologist Simon Hilbourne from the Manta Trust and Oceans Festival UK to launch a new campaign called ‘Fish Free February’, urging people to stay off seafood for 29 days in a bid to protect the oceans and marine habitat.

According to Fish Free February, “the biggest current threat to the oceans is not plastic pollution, or ocean acidification, or warming sea temperatures, it’s fishing” and while  “everyone is talking about cutting meat consumption to protect the rain forests” not much is being done to preserve the oceans’ flora and fauna.

With the help of the #FishFreeFebruary campaign, ocean conservationists hope “to raise awareness of the immense global threat eating seafood has on our oceans” and “send a clear message of protest against current standards of fishing and seafood farming”.

Speaking to BusinessGreen, Simon Hillbourne a marine biologist, and digital media and communications manager for the Manta Trust, said: “Nobody is really talking about the ocean.

“In fact, some people were saying, ‘I’ll swap to eating fish, it’s healthier’. [But I thought]: ‘Well, hang on a second, the oceans are also in trouble’.”

Data shows that 1-2.7 trillion fish are caught annually for human consumption and global seafood demand has more than doubled in the past 50 years both in terms of the seafood consumed by humans and seafood processed for feed leading to a massive drop in fish population, which is unable to repopulate fast enough.

In fact, after a successful Help Our Kelp campaign—backed by Sir David Attenborough, the Sussex Inshore Fisheries and Conservation Authority passed a bylaw banning trawling year-round to protect the underwater forest.

Plastic pollution on the other hand, in the form of discarded fishing nets, lines, pots, cages and traps contribute to more than 70 percent of plastic waste drifting on the ocean’s surface.

A study of  the ‘Great Pacific Garbage Patch’ reported in the Guardian found fishing gear made up over 85 percent of the plastic rubbish accumulated in the area.

Increasing man-made pollution in the oceans has further endangered aquatic life and caused irreversible damage to the marine habitat.

While the campaign team does not want people to stop eating seafood altogether it wants to encourage people to consciously reduce the amount of seafood to limit the degree of their personal impact and choose sustainable practices when purchasing fish.

“Unfortunately, most of us, especially in the Western world, we can’t really go to a small fishmonger just down the road who caught their fish this morning. We rely on going to big supermarkets which rely on big commercial fishing chains.”

For instance, the British fish farming industry has their catches sent on a 10,000-mile round trip to China and back again only to reduce processing costs producing thousands of tonnes of harmful CO2 emissions each year in the bargain.

“The fact of the matter is humans are taking far too many fish and other marine species from the sea. We simply must reduce the number of fish being caught. The best way to do that is to stop or greatly reduce eating seafood,” said Hilbourne.

Jasmine Tribe, founder of Oceans Festival UK, added: “We have the opportunity to tackle overfishing, plastic pollution and ecosystem collapse through the very simple act of eating less fish. If you weren’t quite able to commit to Veganuary or want another opportunity to do your part for the planet, please join the Fish Free February challenge!”

Will the Fish Free February campaign help in saving the oceans? Share your thoughts in the comments below!