60% of fish species may succumb to rising ocean temperatures by 2100, study finds 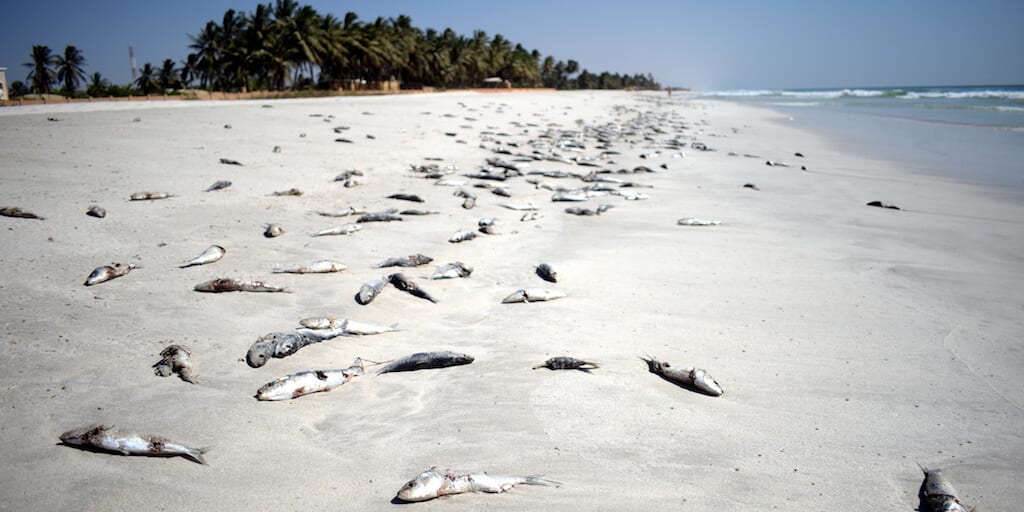 Rising water temperatures could threaten the survival of approximately 60% of fish species in their current habitats by 2100, a study concludes.

In a new meta-study published Thursday in the journal Science, experts have highlighted ground-breaking findings on the effects of climate change for fish stock around the globe.

The study was conducted by a team of researchers from the Alfred Wegener Institute, Helmholtz Centre for Polar and Marine Research (AWI).

To assess the effects of climate change, the researchers compiled scientific data on the temperature tolerance of 694 species of marine and freshwater fish from climate zones around the world.

The researchers found that in most species, fish embryos and spawners (female and male fish that are preparing to produce eggs and sperm) were more susceptible to the changes in water temperatures as compared to adults and larvae.

“Our findings show that, both as embryos in eggs and as adults ready to mate, fish are far more sensitive to heat than in their larval stage or sexually mature adults outside the mating season,” said the study’s lead author and AWI marine biologist Dr Flemming Dahlke.

“On the global average, for example, adults outside the mating season can survive in water that’s up to 10 degrees Celsius warmer than adults ready to mate or fish eggs can.”

The study further highlighted that if global warming continues unchecked, up to 60% of fish species around the world would most likely not survive by 2100.

While the current projection is a global rise in 3 degrees by the end of the century, the authors said that even if the world managed to control temperature rise to the Paris Agreement’s goal of 1.5 °C, it would still be too hot for 10% of  the fish species.

The species considered most vulnerable to the climate change crisis include grocery store staples like Atlantic cod, Alaska pollock and sockeye salmon, and sport fishing favorites like swordfish, barracuda and brown trout.

Hotter ocean temperatures reduce the level of oxygen in the water due to solubility issues. This is the main reason why embryos and spawners are unable to cope because fish — like humans — require more energy to survive in a warmer climate, which requires them to take in more oxygen. However, embryos in the absence of gills embryos cannot regulate their oxygen levels well – and spawning fish need extra oxygen to produce offspring.

While the authors said that some species may be able to adapt and migrate to cooler places, many others will not, such as fish living in rivers and lakes, since size or geographic location limit their ability to move to new spawning grounds.

In addition, the loss of some critical species, such as Atlantic cod in the North Sea, could tip the massive ecosystem resulting in further loss and destruction.

The study clearly demonstrates the dangerous ramifications of climate change on fish population as well as the habitat and the urgent need to address the climate crisis, which will not only have a cascading effect on land, air and more frequent and volatile weather patterns, but also the biodiversity of the ocean.

“More than half of the species potentially at risk is quite astonishing, so we really emphasize that it’s important to take action and follow the political commitments to reduce climate change and protect marine habitats,” Dahlke concluded.

Hans-Otto Pörtner, a climatologist at the Alfred Wegener Institute and co-author of the study, told The Guardian: “Humankind is pushing the planet outside of a comfortable temperature range and we are starting to lose suitable habitat,”

Share the story to raise awareness about the catastrophic effect of global warming.