Florida rancher given probation for letting 13 cows starve to death 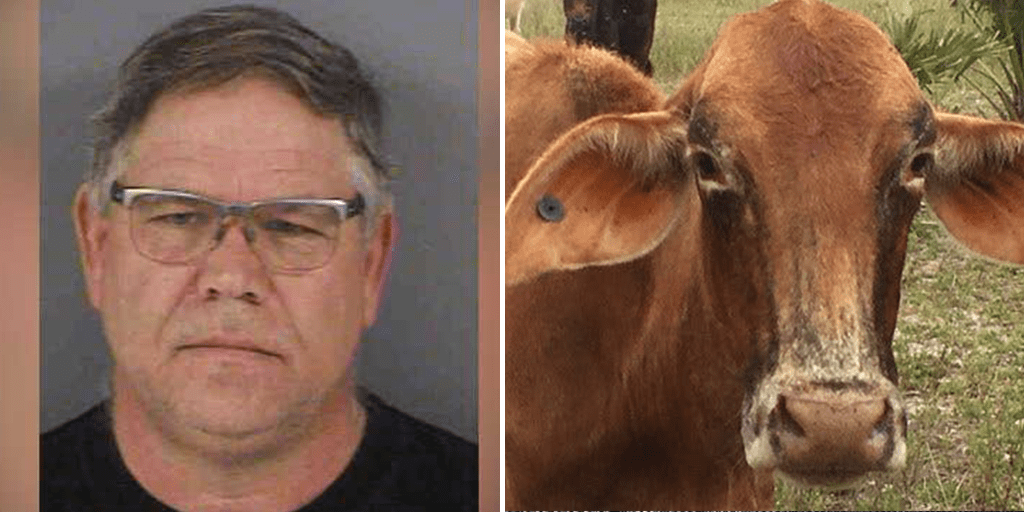 A rancher in Florida has been convicted of animal cruelty after letting his cows starve to death.

Robert David Starkweather, 52, was sentenced by Hendry County Judge James Sloan after an investigation revealed horrendous scenes at his ranch, according to court records.

Starkweather was tried on January 12 on 12 counts of animal cruelty and has been handed five years probation and 100 hours of community service. He has also been ordered to pay court costs and restitution.

The rancher owned LaBelle pasture, and the Hendry County Sheriff’s Office was called to the site in 2018 following reports of a malnourished cow.

The report states that deputies found 13 dead cows and 131 emaciated cows and calves, all of who were removed from the farm.

The judge concluded that Starkweather failed to provide adequate food, water and medication to the cows and failed to respond to signs they were under severe distress due to their malnourished state.

He was also found guilty on two counts of animal cruelty, while judge Sloan withheld adjudication on the others.

Animal rights activists who were shocked by the neglect of more than 100 cows will be pleased at the conviction, but many will question if the punishment fits the crime.

Starkwater was handed probation and 100 hours of community service for his actions which led to the death of 13 cows and extreme suffering for more than 100 others.

Community service partnered with a warning will be seen by many as not enough to constitute a serious deterrent.

The situation is similar across the world, with punishments appearing light for animal abuse.

In the UK last year, rotting cow carcasses were found next to starving animals at a farm which animal welfare inspectors dubbed the ‘worst case of neglect they had ever seen’.

But despite the shock of Ceredigion County Council officers when they inspected Penffynnon Farm, the brothers who ran the property will face no jail time.

Inspectors found 58 decaying cattle corpses alongside other living animals in horrific conditions at the farm.

They were starving, with no food, water or dry lying area, and a vet called to the farm had to put two more animals down due to their illnesses.

David Davies and Evan Meirion Davies were given 16-week prison terms suspended for 12 months after admitting 13 charges of causing unnecessary suffering to an animal.