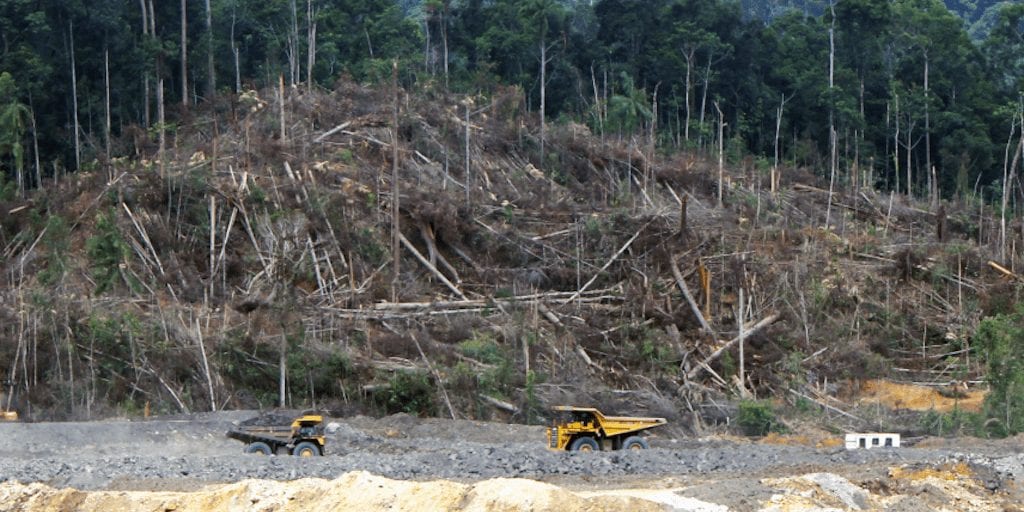 A football pitch-sized chunk of Amazon rainforest is torn down by bulldozers every single minute, new satellite data reveals.

Researchers have warned that the speed of loss to rainforests has accelerated under the leadership of Brazil’s new right-wing president, who favours development over conservation.

An anonymous government source told the BBC leaders were encouraging deforestation in the country which holds the majority of the rainforest.

The Amazon is destroyed by bulldozers on a huge scale, with wood either burned or sold to make way for farming land. Some areas see illegal loggers carve routes to areas with expensive trees.

The rainforest is a vital carbon store needed to slow down global warming, and when replaced by farmland creates a huge climate change swing.

Satellite images have shown a huge increase in tree clearing in the first half of this year since Jair Bolsonaro became president of Brazil.

The images reveal that in the last two months an entire hectare has been cleared every minute.

Recent governments have reduced the level of deforestation by introducing strong punishments, but these have been reversed under the new leadership.

The Amazon is the richest place in the world for biodiversity – holding roughly one tenth of all species.

The government official who spoke to the BBC explained that he had to give the interview in secret as the state has banned officials from talking to the media about environmental issues.

The Brazilian government refused to comment on the investigation.