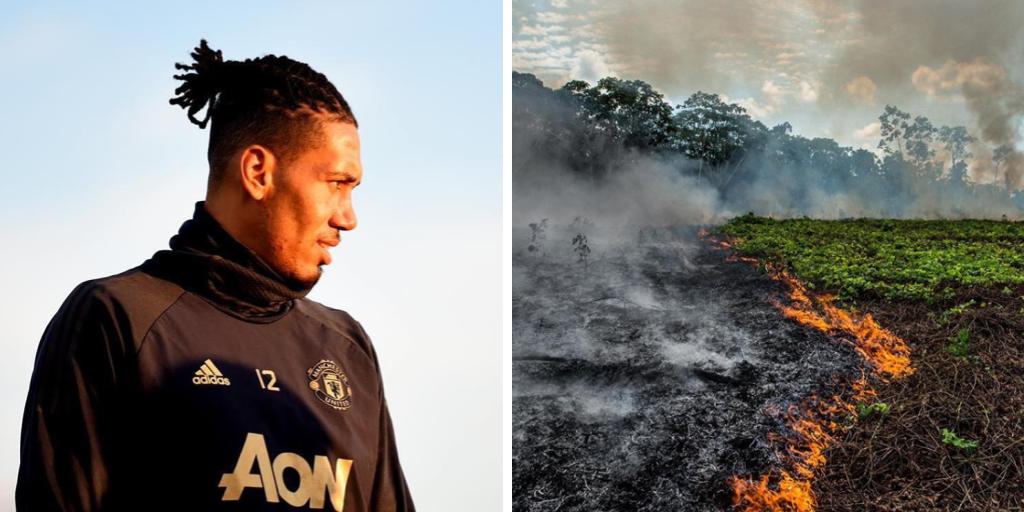 Fires raging over two weeks in the Amazon are ripping the atmosphere apart and the situation is catastrophic.

This year has been extremely bad for the Amazon in Brazil with over 72,843 fires torching the rainforest between January and August – a dramatic increase of 84 percent on the same period in 2018.

Chris Smalling, Manchester United defender, took to Instagram to share his thoughts and urge his followers to make environmentally-positive changes.

“We have to start looking after our planet.”

“The Amazon rainforest slows down the pace of global warming, and it’s been on fire for over two whole weeks. This post is not about ‘you’re a footballer, focus on the pitch’, I’m a human being with a family that would like to see this planet thriving. If I can use my platform to help, that’s what I’m going to do. We need to stop the ignorance and all work to make a change.” posted the vegan footballer.

The Amazon rainforest is the world’s largest tropical jungle providing a natural habitat to almost one million humans and three million species of vegetation and wildlife. It also curbs down the pace of global warming, as a vital carbon depository.

While some of these blazes are wildfires, others have been illegally started to clear forest areas for livestock farming-a thought echoed by Smalling as well.

The heat is on for Brazil’s president Jair Bolsonaro as many are blaming him for his callous decisions ever since he assumed office in January. Despite conservationists warning about deforestation, he pledged to develop the region for farming and mining.

In his defense, the far-right president suggested NGOs were to blame for the surge in rainforest blazes because they lost money under his governance – but provided no evidence for his claim.

Although there isn’t much one can do to stop the fires remotely, a few things can help the Amazon rainforest. Will you care to pitch in?

How will this ongoing fire impact us? Share your thoughts in the comments below.