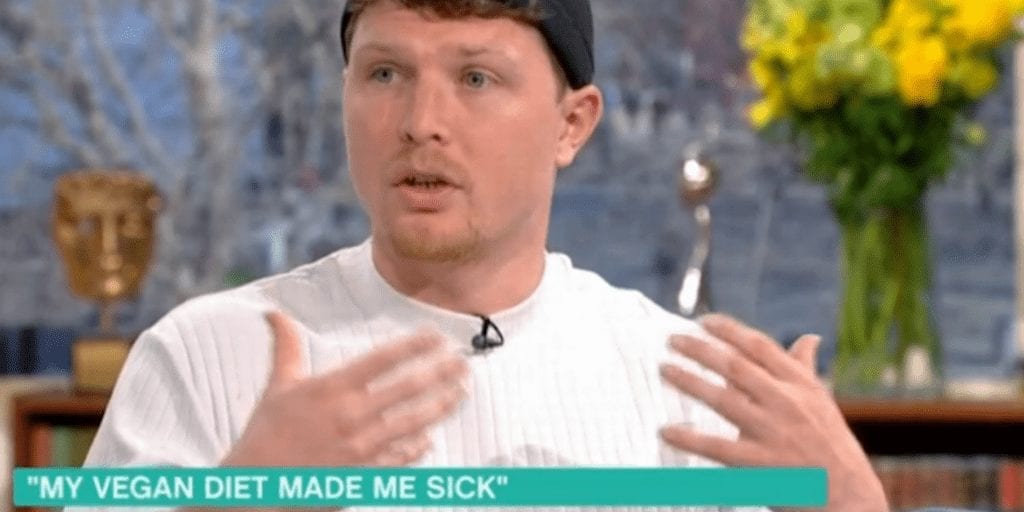 Former vegan athlete Tim Shieff has come under fire for a live TV interview in which he blamed veganism for making him ill.

The former world freerunning champion appeared on This Morning in a section titled ‘My vegan diet made me sick’, and his performance on the show has angered vegans on social media.

Shieff made a name for himself as a vegan influencer, but shocked the community when he revealed he was no longer vegan.

Shieff has used extreme dietary methods in the past, including drinking his own urine and taking a 35-day water fast, but still blames veganism for health problems.

The decision to move away from a plant-based diet forced clothing brand ETHCS to drop their partnership with the athlete.

The exposure led This Morning to feature the interview on the show on April 15.

Talking about his switch to veganism, he said: “My whole body felt like it was shutting down.

“I was going through real extreme ways to try and manage it within the vegan diet and it wasn’t until I sort of broke free from that that I was able to.”

Host John Barrowman revealed Shieff did not seek professional help to deal with his health problems.

Shieff responded: “I’m in the avant-garde realm of healing, and I want to find simple natural solutions.

“I just don’t mind being the guy on the edge doing alternative things. I see everyone else trying all the other stuff, and that’s not working either.”

Shieff’s methods were not medically advised, but the free-runner defended his decision by saying: “Who decides? I researched stuff, some people say it works, I’m OK to try the simple stuff that could work for every human.

“I have to speak my truth. Veganism, it helped me in the beginning, but I’ve tried so many things to make it work, and I was so shocked when the last thing I thought would work – to consume animal products – worked.

“My depression lifted, joints feeling a lot better, energy back in my body.”

What do you think of this interview? Tell us in the comments section below!