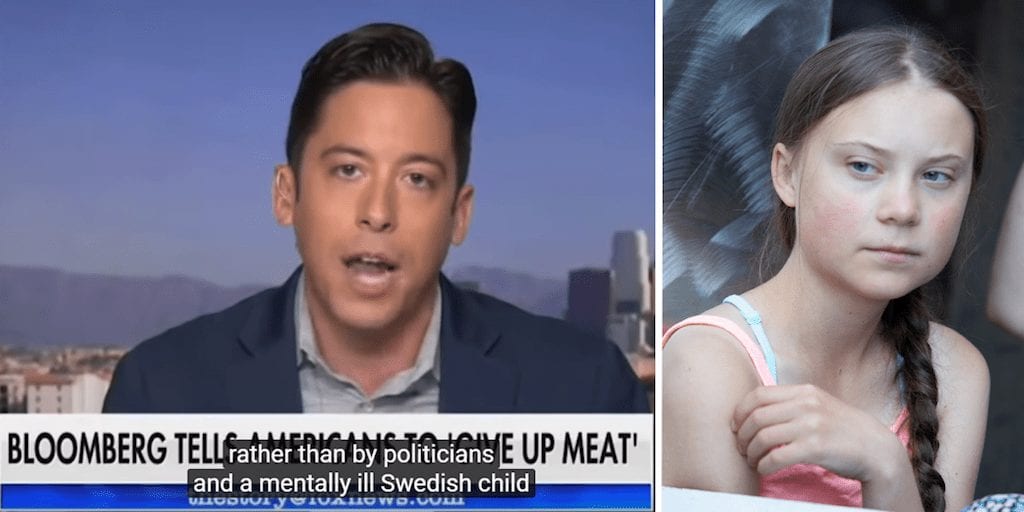 A Fox New guest launched an attack of Greta Thunberg following her powerful speech at the UN this week, describing her as a ‘mentally ill child’.

Michael Knowles, a podcast host for the Daily Wire, was invited on “The Story with Martha MacCallum” show with Chris Hahn guest anchoring.

Knowles took a dig at Thunberg after stressing that plant based diets were counterproductive for the environment.

He said: “The climate hysteria movement is not about science. If it were about science, it would be led by scientists, rather than by politicians and a mentally ill Swedish child who is being exploited by her parents and by the international left.”

Knowles comments didn’t go down too well, and he was immediately rebuked by Democratic commentator Chris Hahn.

Hahn said: “You’re a grown man and you’re attacking a child. Shame on you.

“Have some couth when you’re on television. Maybe on your podcast you get away and say whatever you want because nobody’s listening. You’re on national television. Be a grown-up when you’re talking about children.

“You are despicable for talking about her like that. You should apologize on national television right now.”

However, Knowles was in no mood to back down. “I’m not. I’m attacking the left for exploiting a mentally ill child,” he said.

He later remarked on twitter: “Her mother wrote a book about her mental issues. There is nothing shameful about living with mental disorders.

“What is shameful is exploiting a child—particularly a child with mental disorders—to advance your political agenda.”

The news channel issued a formal apology to Thunberg stating: “The comment made by Michael Knowles who was a guest on The Story tonight was disgraceful – we apologize to Greta Thunberg and to our viewers.”

A spokesperson of the channel also confirmed that Fox would not consider Knowles’ services again.

The climate change protests led by Thunberg last Friday (September 20) attracted millions of people around the world who took to the streets to demand action against global warming.

Thunberg criticized world leaders at the United Nations Climate Action Summit earlier this week for their attitudes towards the environmental crisis.

She said: “People are suffering. People are dying. Entire ecosystems are collapsing.

“We are in the beginning of a mass extinction, and all you can talk about is money and fairy tales of eternal economic growth. How dare you?”

What do you think of Michael Knowles’ comments? Share your thoughts in the comments section below!