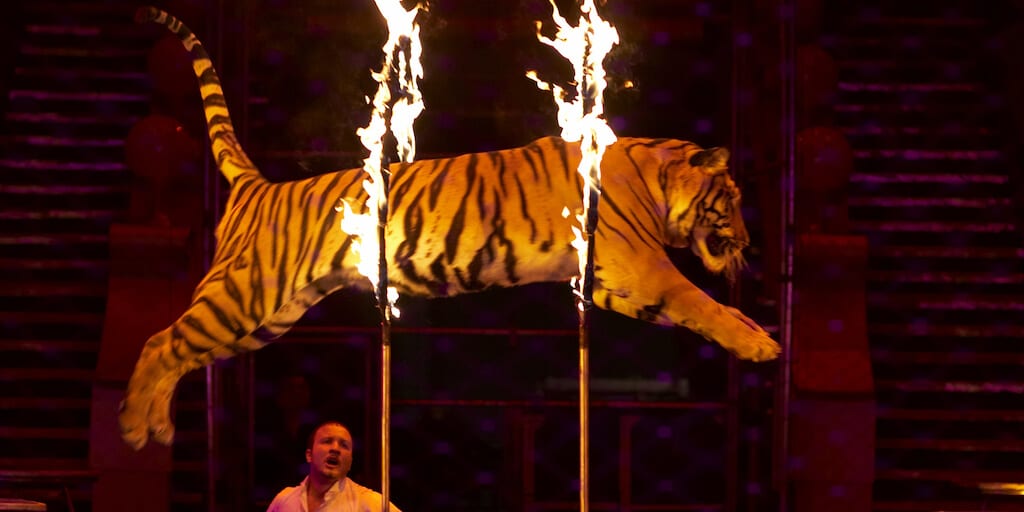 The legislation, which has not banned hunting and bull-fighting has prompted campaigners to say it does not go far enough.

While performances with lions, bears or tigers will be banned in two years, owning such animals will be against the law in seven years.

Additionally, the country will also ban dolphin shows, as well as mink farming.

Macron’s centrist Republic on the Move (LREM) party called the legislation “a historic step in the animal rights combat”.

The co-sponsor of the law for Macron’s party, lawmaker and veterinarian Loïc Dombreval, also expressed his approval with the bill’s outcome.

“Victory for our animal friends!” he wrote on Twitter.

“The National Assembly adopted the bill against animal abuse unanimously minus one vote.

Thank you from the bottom of my heart to all MPs of all political parties. It’s a fact: animals bring us together.”

‘Does not go far enough’

While animal activists welcomed the news, some said that it did not go far enough as hunting and bullfighting were not included.

Over the years, public opinion in Europe has moved decisively against animal circuses, however, hunting is still staunchly supported by those who view it as a traditional rural pastime and as a means to keep animal populations under control.

Commenting on the matter, Dombreval added: “There will inevitably come a day when… we will debate sensitive issues such as hunting, such as bull-fighting, or some animal-rearing practices.”

Meanwhile, honorary president of the World Circus Federation Princess Stéphanie of Monaco, who denounced the decision said: “In the circus, we make people happy, we’re not hurting anyone, but we get picked on. Whereas hunting with hounds, for example, is cruel to deer, horses and dogs.”