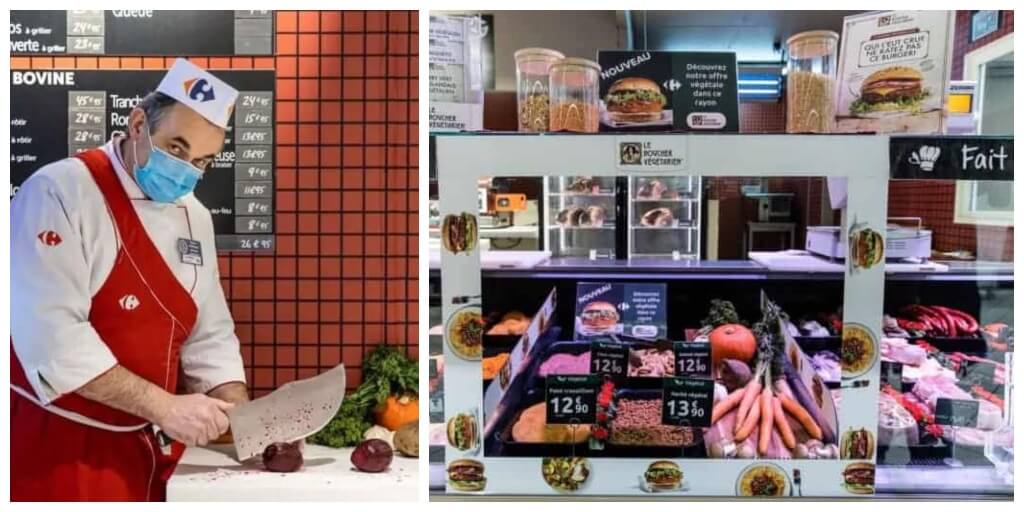 Carrefour – the eighth-largest supermarket in the world – has opened the first vegan butcher counter in meat-loving France.

For the first time ever, the supermarket chain’s butcher shops will house products from The Vegetarian Butcher, a Dutch brand owned by Unilever.

It comes as part of Carrefour’s #ActforFood programme, which aims to make the food transition accessible to everyone.

If the move proves popular, Carrefour says it may expand the range.

“Bringing these two types of products together simplifies the shopping experience for our customers who want to go vegan.

“The second big first is that Carrefour is the first major retailer to market these delicious products that have already won over Burger King,” Carrefour said.

Although vegans are among only 2% of the population in France, the country is witnessing a definite rise in flexitarianism as more people are opening up to the idea of consuming less meat and dairy on a daily basis.

According to a report by French research institute Xerfi, demand for vegetarian and vegan products across the country have been on the rise. Between 2019 and 2021, sales rose by 17% year on year and the market is expected to increase to a value of nearly $700 million in the next three years.

This potential growth of the plant-based market has attracted major retailers including Carrefour, which launched its Veggie brand and continues to expand its range.

“We regularly communicate on our offers in order to invite our customers to discover plant-based alternatives. For example, at the end of August and beginning of September we put out a special veggie catalogue, full of innovative and accessible products.

“We also highlight the products on the shelves with dedicated signage. World Vegetarian Day and Veganuary are opportunities to highlight our plant-based offer”, Nicolas Dhers, project manager at Carrefour, in charge of developing the Group’s plant-based offer told vegconomist France.

In another first, a vegan restaurant in France became the country’s first to be awarded a Michelin star

ONA, which stands for “Origine Non Animale” (“Animal-free origin”), also won a Michelin Green star, awarded to ‘those operating at the forefront of their field with sustainable gastronomy practices’.