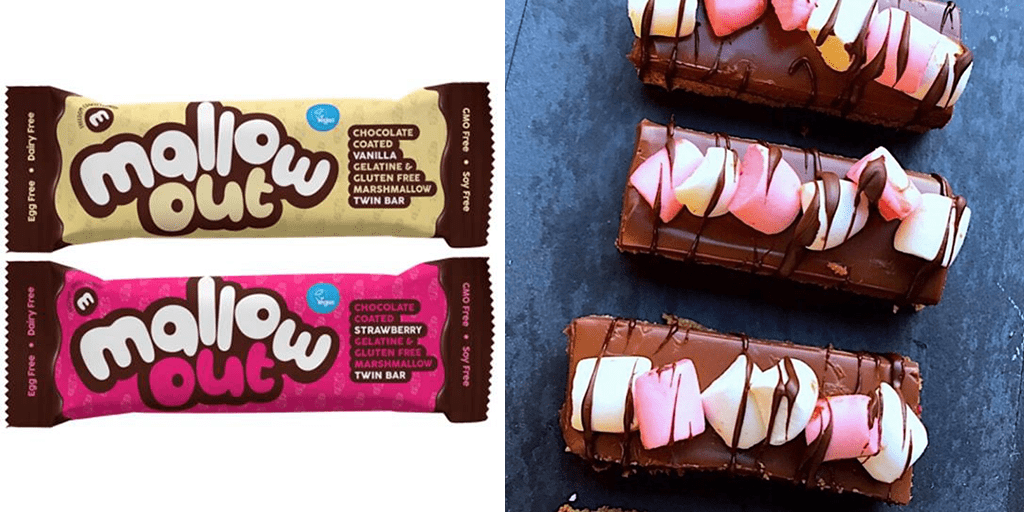 The UK’s No. 1 vegan marshmallow company has released an entirely new to market concept of vegan mallow bars coated in vegan chocolate.

The new “mallow out” bars are made in twin pack formats and are available in two flavours – vanilla and strawberry mallow gelatine free bars – both coated in dairy free chocolate.

Like the rest of the Freedom Confectionery range, the bars are gluten free, soy free, GMO free, egg free, dairy free and are certified by both the vegan and vegetarian societies.

Priced at £ 1.60, these 40g bars will be available in all major health food wholesalers in the UK including Tree of Life, The Health Store and Suma as well as the VeganKind.

The new bars have already piqued interest with distributors already receiving an ‘overwhelming response’ from retailers, who are keen to stock these lines to cater to the growing customer demand for vegan options.

According to Lisa Gawthorne, director at Bravura Foods and a vegan for 18 years is excited with the new products launching in the market.

“This one is a total gamechanger, we all know the vegan impulse area has been crying out for more great tasting products and these mallow out bars not only hit the mark they blow it out the water,” she said.

“I have been vegan for eighteen years and I have never tasted anything so good – these bars will have mass appeal not only to the vegan community but to the wider market as they deliver a taste sensation unrivalled in the market place.”

Karl Morris, Director at Bravura Foods added: “Freedom Mallows have a strong signature soft indulgent taste and these new bars really show this off, we are expecting these to be a very strong seller with our key retail partners and we look forward to building their presence in the market.”

Share this news to let others know of the all new vegan chocolate mallow out bars.