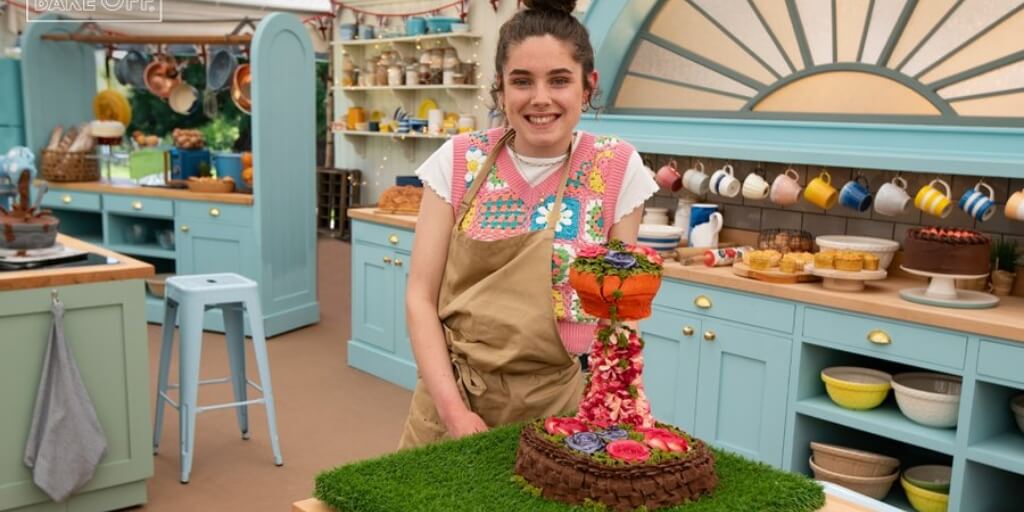 Freya Cox is the first ever vegan baker to participate in the show.

The 12th series of The Great British Bake Off 2021 challenge has taken off.

And this time there is a history making contestant in UK’s hit cookery show with Freya Cox being the show’s first ever vegan baker.

The 19-year-old from Scarborough North Yorkshire, who is studying psychology at university, revealed she is ‘genuinely blessed’ to share her passion for vegan baking on this year’s series.

Freya started making plant-based versions of classic bakes for her dad last year and now it’s her goal to bake in a way that no-one can tell the results are vegan.

Freya calls herself “a massive perfectionist” and believe her strengths are “definitely intricate details”.

The show will definitely test the talents of Freya and her fellow 11 contestants, who will be sifting, mixing, whipping and piping their way to hopeful victory.

The first episode was aired on Tuesday, 21 September.

The bakers made three cakes and we had our eyes peeled to see how Freya fared in each of them.

The signature bake round challenged the bakers to make a simple mini roll, which  by the way is not that simple, because if the sponge is overcooked or  the filling is overheated, then it could mean a rolling disaster.

A Malt loaf came up in round two – the technical bake round- where all the contestants worked on the same recipe.

Freya scored an impressive second in that round.

However, the grand showstopper was the gravity-defying illusion cake.

Freya baked an  all-vegan chocolate sponge filled with kirsch cream and cherry jam for the challenge.

She funnily named her cake ‘Flower Potty’, probably as a reminder to everyone about how young she is.

‘I’d eat cake off the floor’

GBBO’s first ever vegan contestant is not only making history with her recipes but also with her iconic statements on the show.

She added: “But I’d eat cake off the floor, so I feel I’m probably not the best judge of that really.”

Her honest review quickly had viewers rooting for her as they flooded Twitter with supportive comments.

“Freya for the win #gbbo purely for “what would I know, I’d eat cake off the floor”,’ wrote one user.

“Freya eats cake off the floor. Ok, SHE’S my favourite,” another tweeted.

“‘I’d eat cake off the floor’ aaanndd Freya speaks for all of us,” a third added.