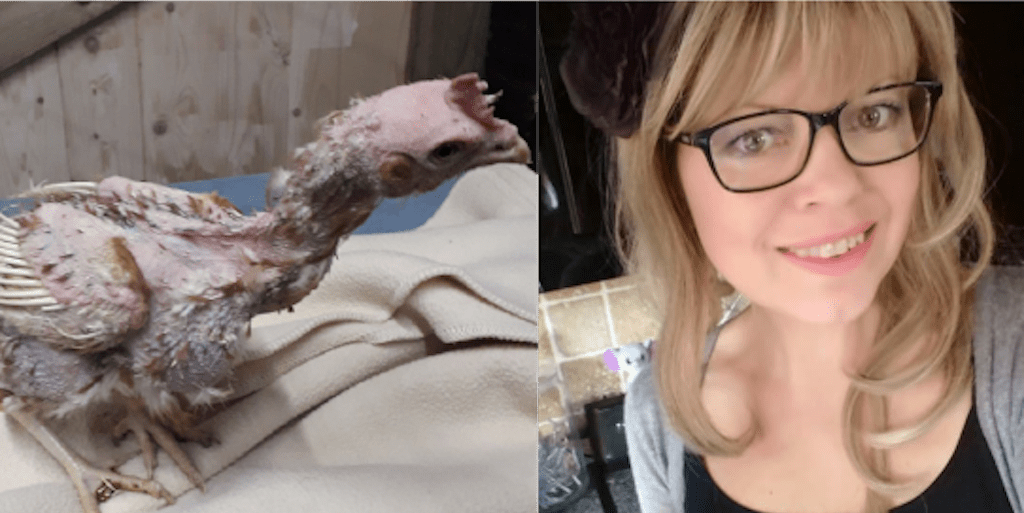 When she visited a rescue centre, Dawn Needham was immediately brought to tears by the horrific state of four former battery hens. Staff at the centre told her the hens were the worst cases they had ever seen due to an unimaginable living environment they had been subjected to.

“They were in a terrible state. The centre told me I don’t have to take them, but I did have to. I was so upset I cried,” Dawn, a vegan from Rippon, North Yorkshire, told Totally Vegan Buzz.

The smallest of the four hens Dawn adopted from the British Hen Rescue Trust was particularly frail. She was almost completely featherless, had a missing toe, no comb on her head and was clearly traumatised. 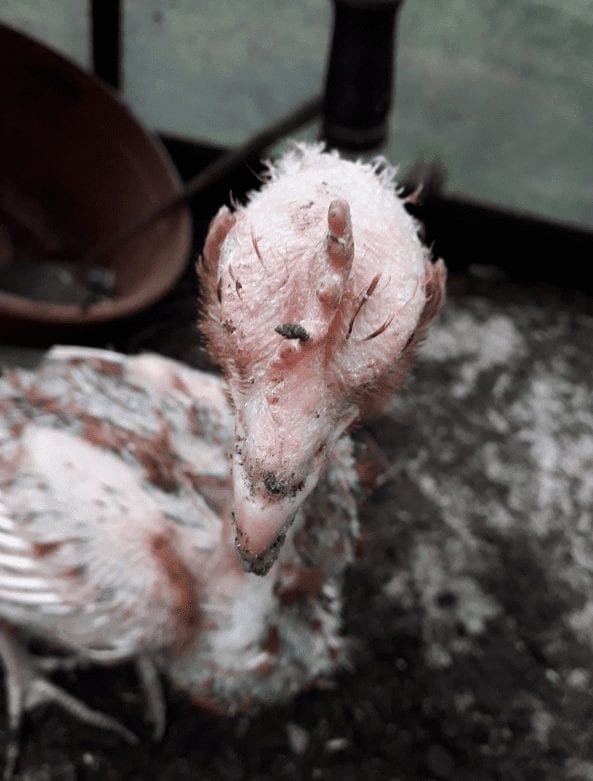 “Rosa was very poorly, it broke my heart. I’ve never come across a chicken so small.,” Dawn explained.

“They were all very confused when we first got them. They were really quite tentative.”

Dawn named one hen Millicent, after feminist icon and suffragist Millicent Fawcett, and another Leisel after the protagonist of novel The Book Thief. The final hen she named Hope. 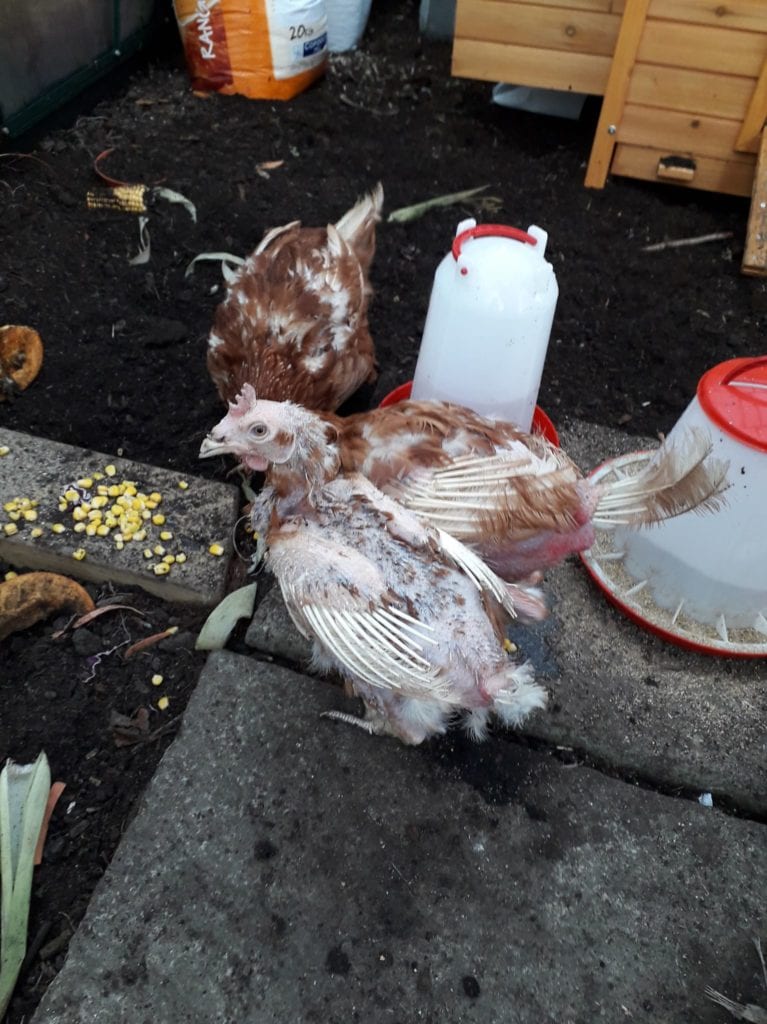 “I just want to give them a good life. They have had a terrible time,” Dawn continued.

“Even Rosa has been getting better. We let her out on her own as she’s the smallest and we want to make sure she has enough food.”

At first the hens didn’t trust Dawn and her husband, Peter, and were scared whenever they came near.

But since adopting them on November 4th, the couple have showered the four hens with love, food and affection. 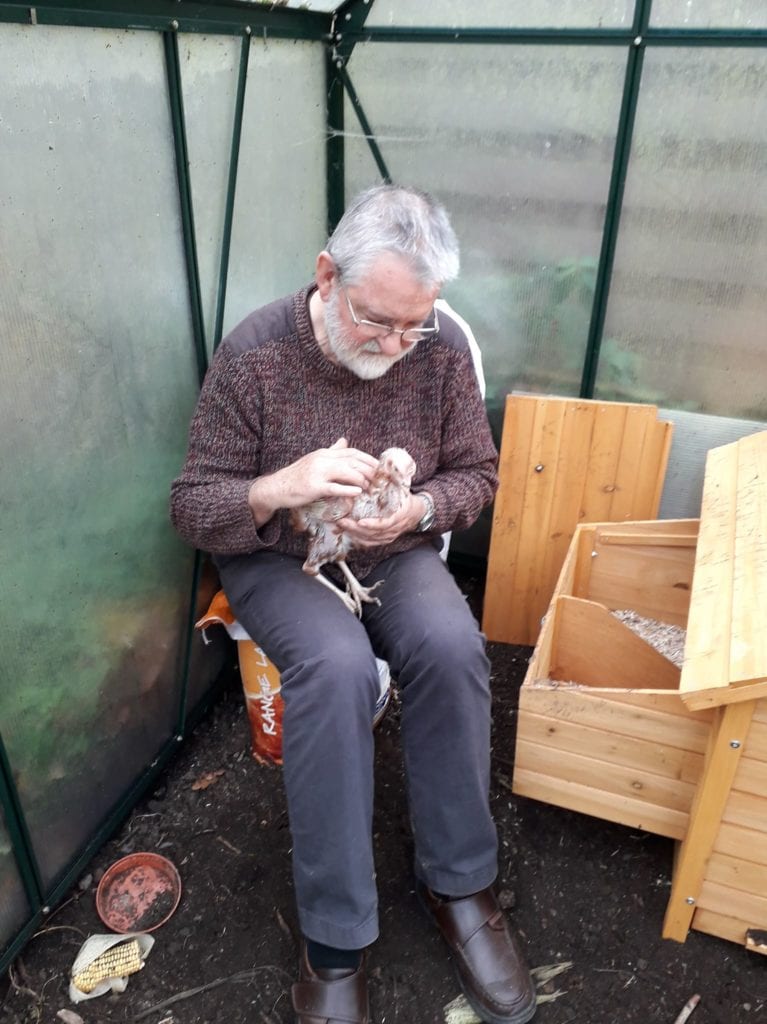 To keep her warm in the winter without any feathers, one of Dawn’s friends even knitted Rosa a tiny jumper, and in just two months the hens have regained their feathers and their confidence. 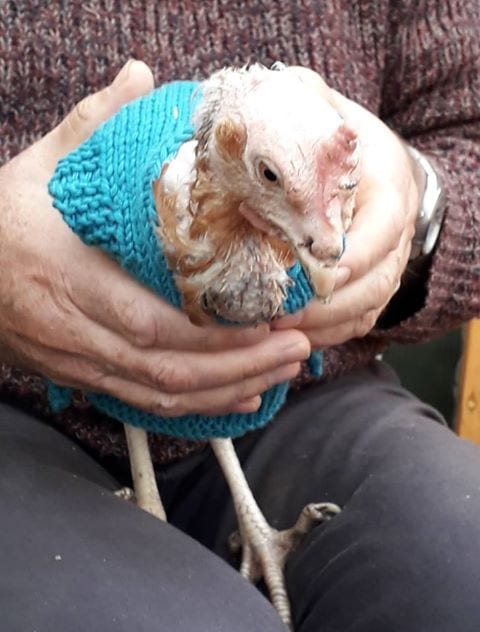 “They are all very friendly now and chatty! They seem extremely happy with their new life, I can’t believe the change in them,” Dawn said.

“They will even let us stroke them and come right up to us.”

The hens all thrive on a mix of veggies and their own eggs. She continued: “They love tinned sweetcorn, in fact if I give them food without any sweetcorn they give me the look, as if to say ‘this really isn’t good enough’.”

Their new environment has allowed the hens to recover a healthy set of feathers to keep them warm. 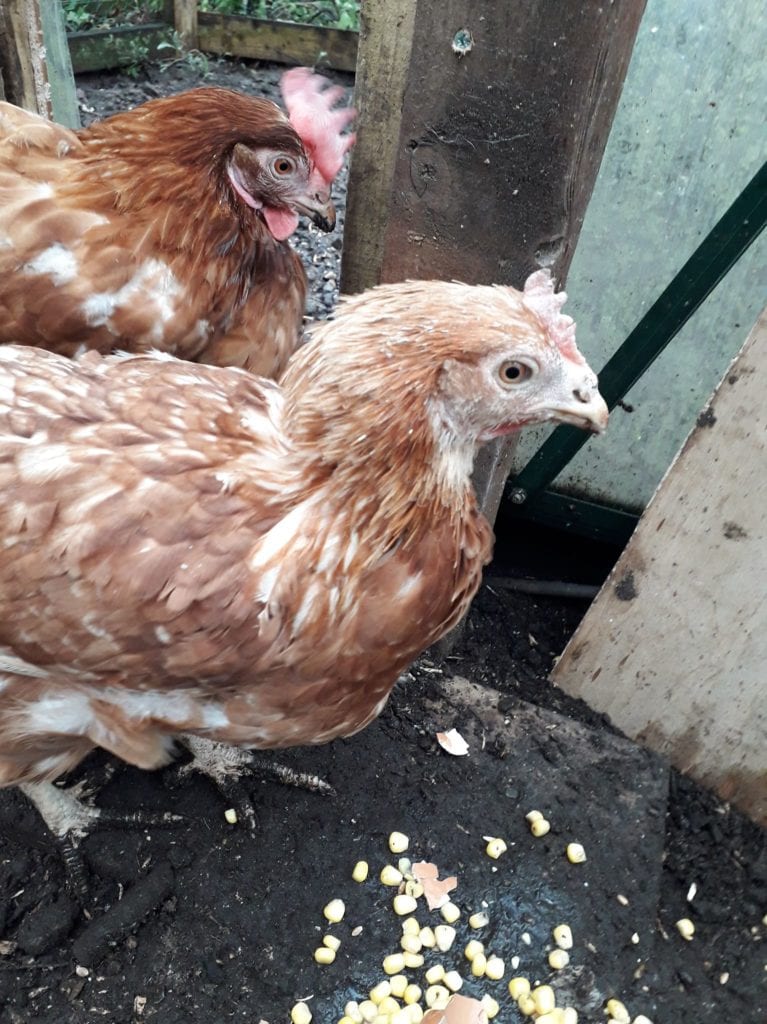 Dawn and her husband also set up a play area and chicken house for the hens to sleep, relax and develop.

“Hope is a wee bit shy but she is doing really well. Leisal rules the roost, she is the one with the comb over,” Dawn said. 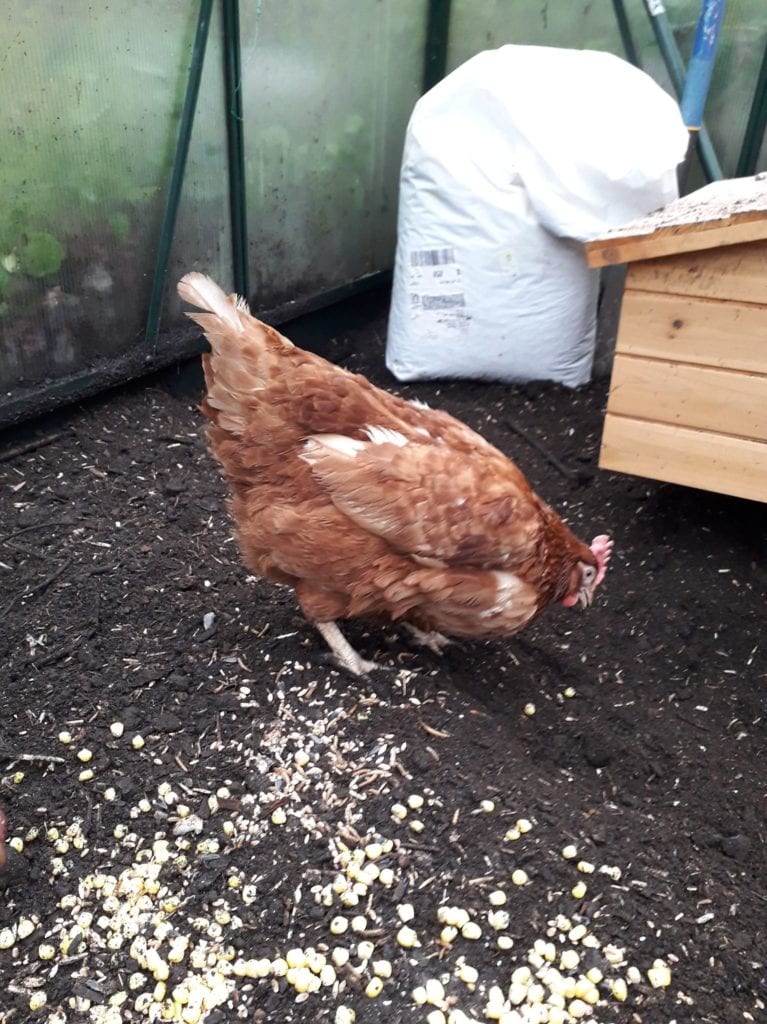 “They are totally and completely loved and adored by us. Seeing them stretch their wings and peck about in the garden is an absolute pleasure,” Dawn added.

The family have a small garden, so there is only just enough space for the four hens.

“I would take more if I could! They’re really friendly. It makes me so happy when I see them go into their little house to sleep, and when they’re acting how they should be in nature,” Dawn continued.

“I have fallen in love. If anything happened to them now I would be devastated.”

If you want to nurse a battery hen back to good health, check the BHWT website to find your nearest branch.