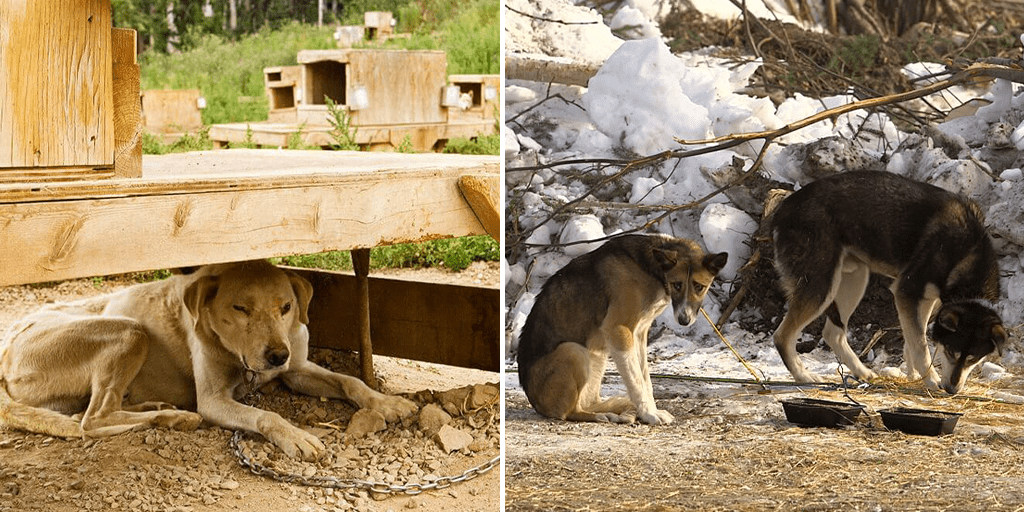 Animal rights groups are stepping up a campaign to expose cruelty at the Iditarod dog sled race in Alaska by revealing the extreme level of injury, suffering and death which activists say is common at the event.

People for the Ethical Treatment of Animals claimed one ‘musher’ ignored a series of worrying injuries and illnesses within their group of dogs.

According to reports at one stage two dogs got into a scrap and one of them bit another.

PETA Vice President Colleen O’Brien said in response: “Despite initial reports that [the musher] would scratch from the Iditarod—or, at least, drop two dogs—because the dogs he was using had become ill, it now seems clear that he is forcing them all to continue.

“Three dogs had frostbite, one dog’s face almost needed stitches, and every dog on [his] team was vomiting. Everyone should be asking the Iditarod why these dogs are still being forced to run.”

PETA explained that vomiting dogs are a cause for concern as aspiration pneumonia, which results from inhaling their own vomit, is the leading cause of death for dogs in the Iditarod – killing a dog named Oshi in 2019 and another named Blonde in 2018.

The animal welfare group reported that more than 230 dogs were pulled out of the 2019 Iditarod – likely because of exhaustion, illness, or injury.

A PETA eyewitness worked at two dog kennels in 2018 and 2019 and reported ‘widespread neglect and suffering’.

“Dogs were denied veterinary care for painful injuries, kept constantly chained next to dilapidated boxes and plastic barrels in the bitter cold, and forced to run even when they were exhausted and dehydrated,” the eyewitness claimed.

The animal rights group accused the event of 8 key issues which they say prove the event should be cancelled:

You can join the campaign to ban the Iditarod event here.