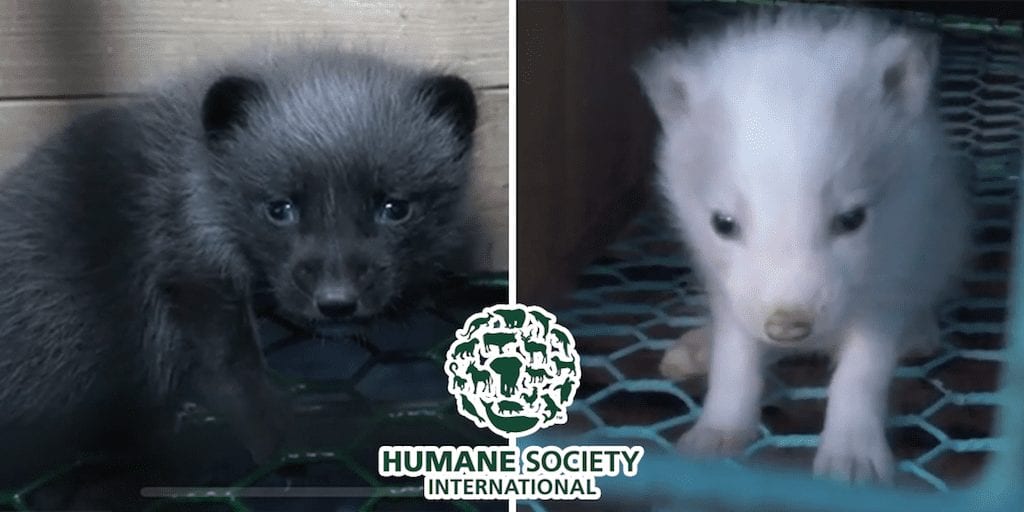 A harrowing investigation into the fur industry in Finland has revealed horrific abuse, with fox corpses decomposing among the living and minks driven to cannibalism.

The footage from the Humane Society International reveals the reality behind the fur trade which makes coats and scarves at the expense of animals.

Animals kept in squalid conditions are seen extremely stressed in small cages, throwing themselves against the walls and freezing in brutal temperatures.

Fur farms are outlawed in many countries, including the UK, but the product is still in high demand across the world.

Investigations such as these are key in convincing consumers and major businesses to ban fur, and this month retail giant Macy’s announced it will stop stocking any fur products.

Investigator for the Humane Society, Claire Bass, said animals in farms are eventually electrocuted and skinned.

“Around two and a half million are kept like this and killed every single year for the fur trade of which the UK is a part,” she said.

Imports of fur are still legal despite fur farms themselves being outlawed in the UK.

“It’s just impossible to imagine how anyone justifies thinking that this is an acceptable way to keep animals,” she continued.

“The suffering is just so totally unacceptable. It’s so unnecessary and that’s why we need to consign the fur trade to the history books.”

Share this article to reveal the reality behind the fur industry.