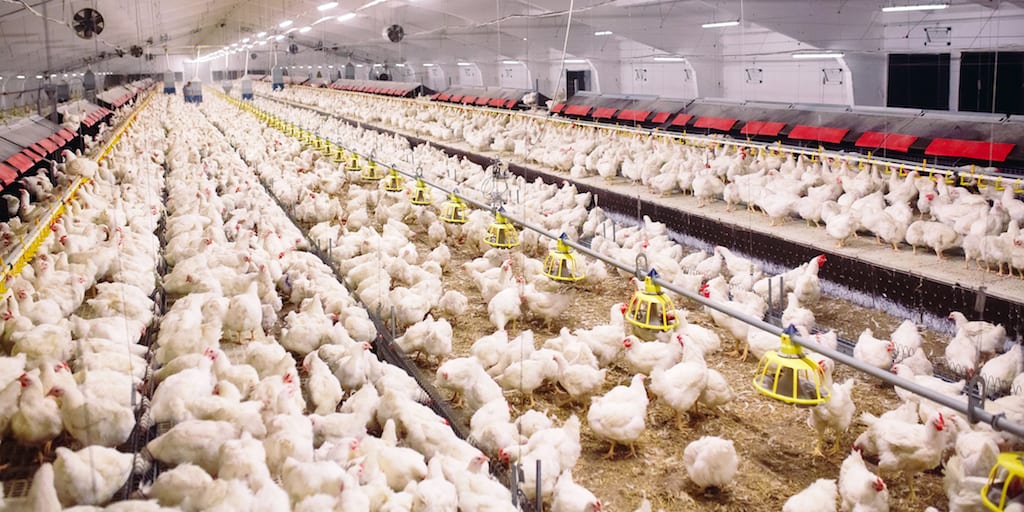 A new factory farm labelled a ‘chicken prison’ containing 270,000 birds is set for development in the UK.

The mega-farm is expected to be approved to be built at High Dike in Lincolnshire after officers at South Kesteven District Council recommended the application should be approved by councillors.

Animal rights campaigners have slammed the proposals for the poultry business which would see chickens packed tightly together in unimaginable conditions.

Animal welfare group PETA described the plan as ‘cruel’ and has launched an online petition to block the plans, which has attracted more than 25,000 signatures.

“Thousands of compassionate people have spoken, and South Kesteven District Council should heed their concerns for animal welfare, the environment, and the health of the community,” said PETA Director Elisa Allen.

“PETA is calling for this plan to be scrapped, sparing thousands of birds a lifetime of suffering and an agonising death.”

PETA said the farm would condemn 2 million baby birds to death every year.

“Chickens are intelligent, social animals who can feel pain and distress. As many as 45,000 of them at a time would be crammed into each of the six proposed buildings, denied the chance to do anything that comes naturally to them, such as roaming freely, roosting in trees, and interacting with their parents,” the group added.

Local residents have also lodged objections to the proposals due to fears over air quality, traffic and safety of water.

The business would run a 37-day growing cycle in which 30 percent of the birds would be thinned out after 33 days, and the rest following after 37 days, Lincolnshire Live reports.

The application was submitted by ADAS UK on behalf of Stewart Adams. The applicant’s agent, Kenny Dhillon, said the poultry farm would adhere to the UK’s farming legislation.

‘Learn all the facts’

“The UK is the world leader in poultry welfare standards and those standards are more strict than elsewhere,” he said.

Lincolnshire Live quoted Dhillon as telling the complainants to ‘learn all the facts’.

In total the Council has received 144 letters of objection about the proposals, with many explaining fears for animal welfare in the planned farm.

Residents are also concerned about the odour the building will produce and if there will be an increase of insects in the area.

Should the UK government outlaw large factory farms? Share your thoughts in the comments section below!