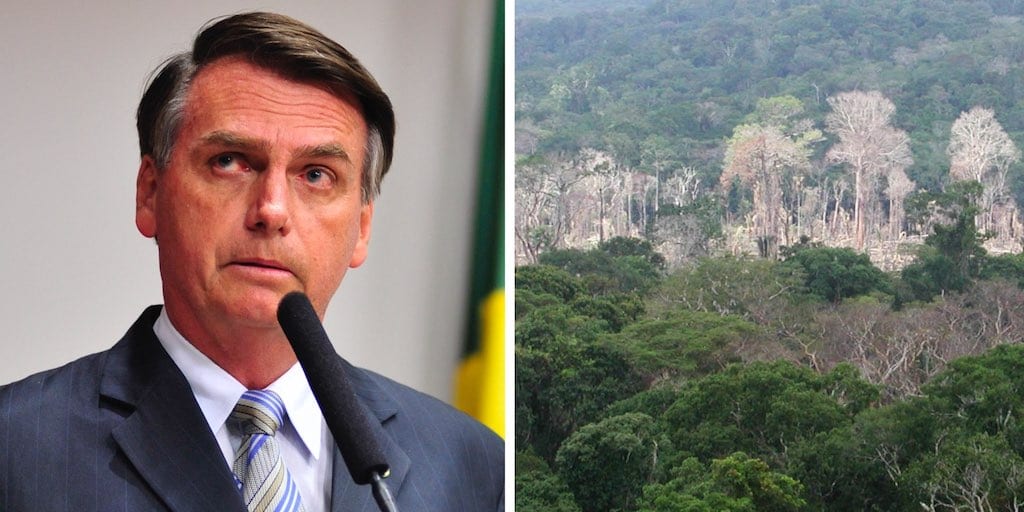 Jair Bolsonaro, Brazil’s President, is miffed with Emmanuel Macron, France’s President, and refuses to accept the $20m (£16.3m) aid pledged by G7 countries for the wildfires in the Amazon till Macron takes back his words.

The two statesmen are having quite a public showdown with Bolsonaro jeering Macron’s wife on Facebook and condemning the French leader of disrespecting Brazil’s sovereignty.

On the other hand, Macron has called Bolsonaro a liar, and said that Brazilian women are probably ashamed of their president in response to the jibes the Brazilian president hurled at the French lady.

G7 leaders decided to play the ‘Good Samaritan’ by pledging $20m (£16m) after discussing the current situation in the Amazon in a meeting in the southern French town of Biarritz. This is in addition to Britain’s $12m (£9.8m) and that of Canada’s $11m (£9m).

But, Brazil’s right-wing leader said accepting the aid would leave his country like “a colony or no man’s land” and hinted that vested western interests were at play in wanting to exploit Brazil’s natural reserves.

Macron debunked Bolsarano’s interpretation stating that the money was not just aimed at Brazil but at nine countries in the Amazon region, including Colombia and Bolivia. He added that France also considered itself an Amazon country via its overseas region of French Guiana.

Opinions about accepting the aid was divided in Bolsarano’s governance earlier; however, latest developments suggests that Brazil is ready to accept foreign aid to help fight fires in the Amazon but only if it could determine how it is spent.

Bolsonaro has always wanted to increase development in the region and is not happy with more sanctions by environmental invigilators. However, he is fast losing popularity at home and finding himself increasingly cornered over his response to the blazes in his backyard.

Data from Brazil’s space agency indicates that deforestation has spiked by 67% in the first seven months of 2019. And fires are blazing in almost 3,800 square miles in Bolivia, near its border with Paraguay and Brazil.

With mounting international pressure, Mr Bolsonaro has declared that 44,000 troops have been stationed to fight the blazes. But, reports suggest minimal military presence in the area with only a few soldiers seen patrolling roads and lending a hand.

Apart from world leaders, many others have come forward to help, Leonardo DiCaprio has pledged $5m (£4m) in aid to the Amazon through his organization-Earth Alliance.

What do you think about Brazil’s stance? Let us know your thoughts below.