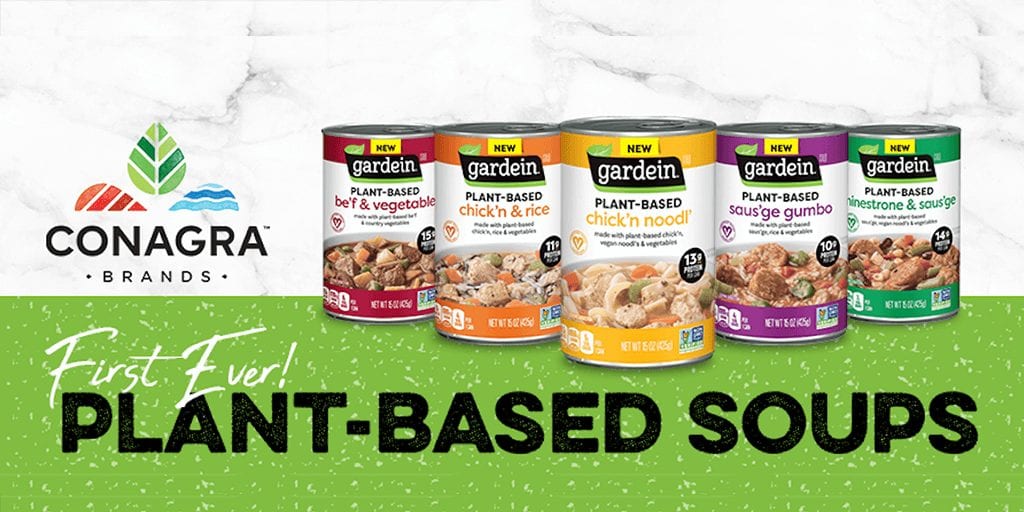 ‘We think [in our Gardein soups], you’ll find the taste and texture delivers an experience like you’d find in a meat-based soup’

Destined to be a ‘cold-weather favorite’, the five “meaty” tasting soups are made with 100% vegan ingredients for those seeking an alternative to traditional meat-based soups.

According to the brand, each soup’s protein source is plant-based and provides 10-15 grams of protein per serving with wholesome real veggies and vegan broth bases highlighting the ingredient list of each soup.

All five Gardein soups are both Non-GMO Project Verified and Vegan Action Certified with 0mg of cholesterol and free from dairy, eggs, synthetic preservatives and flavours.

The five flavors in the Gardein Soups collection include:

Each 15-oz. Gardein soup is priced at around $2.99 and all flavours are available online and at supermarkets and mass retailers nationwide.

“For years Gardein has been providing delicious foods that deliver the taste of meat in a plant-based offering,” said Tim Nangle, Conagra Brands’ vice president and general manager, Meals and Sides.

“With plant-based foods gaining broader acceptance, and with so many popular soups featuring meat on the market, extending Gardein into the soups category was a logical next step for the brand.”

He added: “Whether you’ve tried Gardein before or are sampling our food for the first time with these soups, we think you’ll find the taste and texture delivers an experience like you’d find in a meat-based soup.”

Share this story to let others know about the new plant-based soup collection by Gardein.