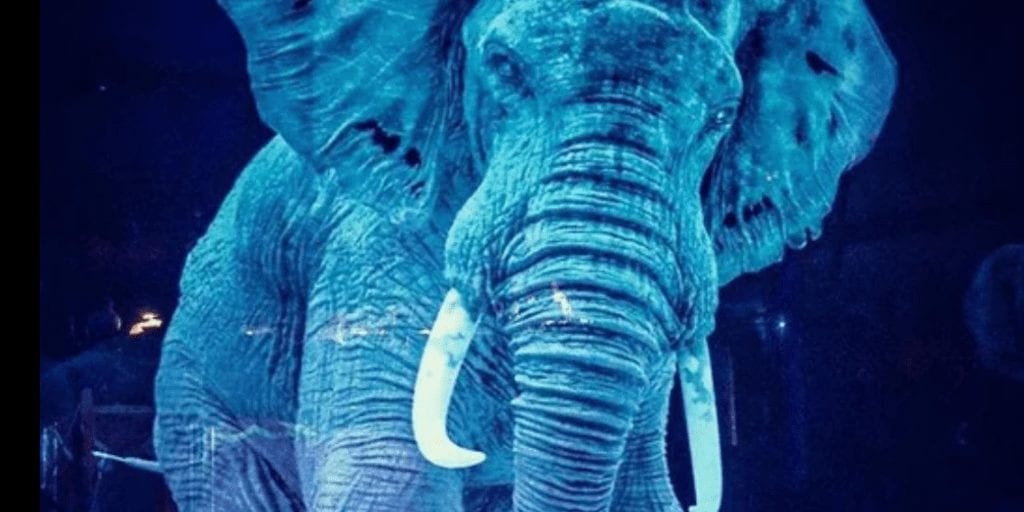 A German circus has found a unique way of celebrating the joy of animal life without needing to enslave any elephants, lions or tigers.

Circuses have increasingly come under fire for the use of animals in recent years, which are often kept in horrific conditions.

In many countries animal circuses have been outlawed, but there’s still somehow a huge market with kids desperate to see their favourite wild animals up close.

But founder of Circus Roncalli, Bernhard Paul, may have just found the perfect compromise.

He had an ingenious light bulb moment while watching the NFL Super Bowl half time show.

The event included a performance from Justin Timberlake alongside a hologram of Prince – who died two years before the performance.

Paul realised this was the perfect opportunity for his circus, and set on a mission to bring holograms of elephants to his stage.

Circus Roncalli set up 11 projectors to create the 3D images, with images created by a team of 15 designers and software engineers.

And the end result is incredible. The circus features holograms of stampeding horses which appear out of nowhere, elephants and flying fish.

The circus does not use animals because of welfare concerns, and instead focuses on clowns and acrobats.

The UK Government passed a law to ban the use of animals in travelling circuses last month, while the US recently came one step closer to enforcing a ban.

What do you think of the Circus Roncalli? Share your thoughts in the comments below!