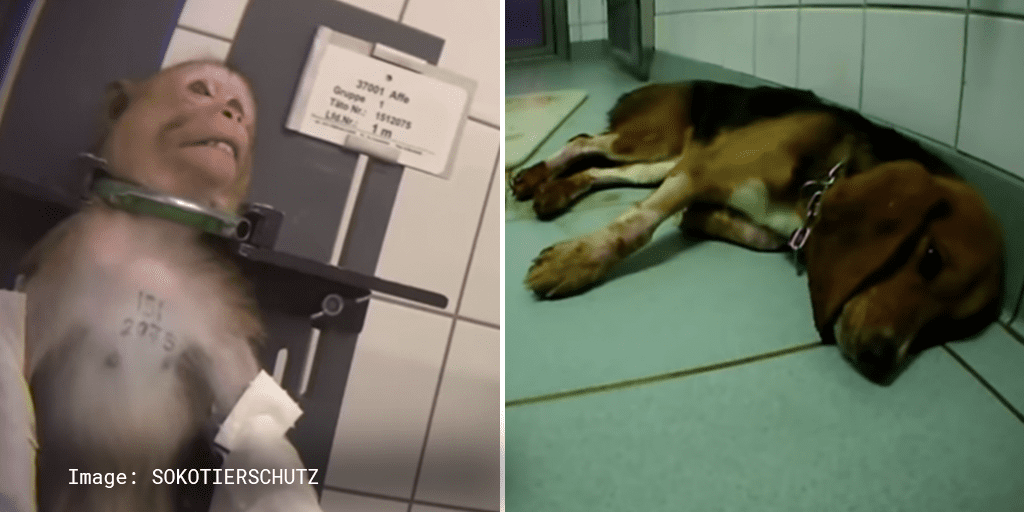 ‘That shows that in red-green Hamburg, profit from outdated animal experiments takes precedence over the protection of people and animals’

The Laboratory of Pharmacology and Toxicology (LPT) in Mienenbuttel, Lower Saxony, embroiled in an animal experiment scandal and subsequently closed by authorities in February of this year has been granted court permission to reopen.

German broadcaster NDR reported that Hamburg’s judicial authority lifted the suspension after  LPT complied with the conditions placed by the Higher Administrative Court and appointed a new managing director, a new animal welfare officer and new animal research supervisors. In the future, the lab would also have to present an animal welfare report explaining how the health of the animals in its facility is being maintained.

This decision comes after the LPT lab was exposed for conducting cruel and horrific experiments on monkeys, cats, dogs and rabbits by an undercover animal activist who managed to get a job there last October and filmed the daily torture inflicted on the animals in the facility.

The Sun reported that some of the images captured at the vile facility in Hamburg at the time included a group of monkeys chained to the wall by a metal neck brace. The helpless creatures were known to scream in pain as the tests were carried out.

Other images saw bleeding cats and dogs left to die in their own filth following toxicity testing.

In addition to cruelty to animals, the laboratory is also guilty of falsifying data, a practice confirmed by the smuggled and other former employees.

“I didn’t just experience this, I also had to do this, I had to falsify documents. When the studies did not show the results we expected, I was told I had to make them more favourable,” LADbible reported one of the former employee’s statement.

A second added: “Tests were carried out with potential dangerous substances, particularly bad for the environment. In one study with rats, which resulted in many horrific deaths, the results were falsified. A lower dosage then brought the desired results.”

The decision has been severely criticized by animal welfare organizations. Soko Tierschutz’s spokesman Friedrich Mülln told German newspaper Tag24: “It is a scandal that Hamburg is apparently being appeased by cheap personnel damage from the LPT and not even waiting for the criminal proceedings, in particular, because of allegedly falsified animal research studies for over a decade.”

“That shows that in red-green Hamburg, profit from outdated animal experiments takes precedence over the protection of people and animals.”

SOKO animal welfare added that it would continue to campaign to have the laboratory shut down permanently and would also take action against all companies that have animals poisoned in the LPT again.

“We are preparing a blacklist. The public has a right to know which pharmaceutical and chemical companies in the LPT are letting animals torture” Mülln added.