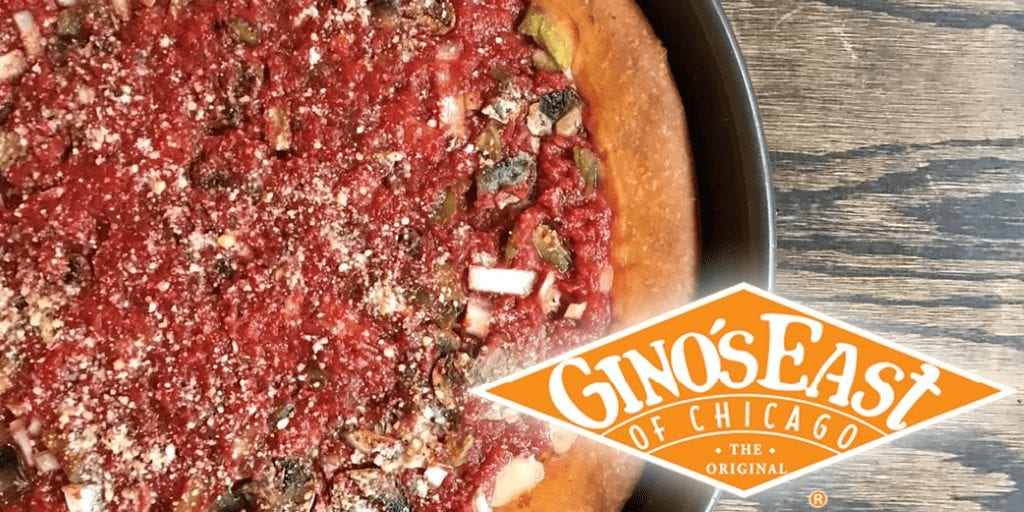 Chicago based Gino’s East has become the city’s first pizza chain to add a vegan deep dish and thin crust pizza to its menu.

The chain famed for its Chicago-style deep dish pizza has partnered with vegan cheese brand Daiya to launch a vegan cheese dish to customers looking for dairy-free alternatives.

The brand states it chose Daiya because of its commitment towards reducing carbon footprint from its product lines through sustainable practices.

The new vegan cheese formula is made with coconut oil, pea protein, and potato starches, and is not only dairy free, but also free from other common allergens such as nuts, gluten, eggs, and soy.

While the new option is currently featured on the menus of the chain’s downtown Chicago locations; the brand hints on a nationwide roll out to happen soon.

The dairy-free cheese can be ordered with any deep dish or thin crust pizza for an additional $5 to $7, or can be added to other menu offerings such as a salad or sandwich, upon request.

“Our food team has been working around the clock to finally bring a vegan option to our deep-dish and thin-crust lineup,” notes the company’s website.

“We are one of the first major deep-dish pizzerias in Chicago to cut the cheese.”

For more information and to find a location near you, visit: ginoseast.com/vegan-pizza.

While Gino’s East debuts its first vegan pizza in Chicago, other fast food chains have also launched innovative vegan options to tap into the growing market for plant-based foods.

Pizza Hut launched a limited time offer introducing its Garden Speciality Pizza– in one of its Phoenix restaurants in the US- made from meat-free Italian sausages, onions, mushrooms and banana peppers.