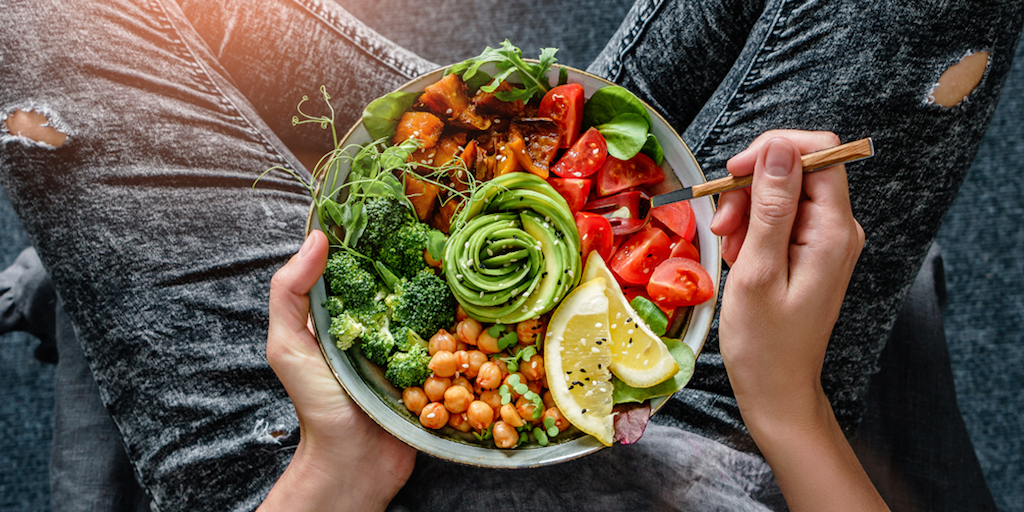 Switching to a healthy vegan diet could help you lose 16lbs in 12 weeks, study says

A new study has shown that a vegan diet can help overweight people or type 2 diabetes patients lose weight and regulate their blood sugar levels.

The new research, which is being covered by major news outlets, was presented at the European Congress on Obesity.

The results based on data drawn from 11 randomised trials, involving almost 800 adults, suggest that adhering to a vegan diet for only 12 weeks can reduce body weight and cut blood sugar levels.

Researchers at the Steno Diabetes Centre in Copenhagen, Denmark, looked at studies that involved participants who were overweight with a body mass index (BMI) of at least 25 or who had type 2 diabetes.

Some of the studies they assessed compared vegan diets to typical western diets, while others compared fad diets like the Mediterranean diet.

There were modest improvements in blood sugar and cholesterol levels as well in the vegan participants.

In a press release Anne-Ditte Termannsen, lead author of the research and PhD student at the Steno Diabetes Center said: “This rigorous assessment of the best available evidence to date indicates with reasonable certainty that adhering to a vegan diet for at least 12 weeks may result in clinically meaningful weight loss and improve blood sugar levels.”

She added: “Therefore, [they] can be used in the management of [people who are] overweight and [have] Type 2 diabetes.”

This study again reinforces a growing body of research about the positive effects of a plant-based diet in reducing weight and slashing the risk of diseases like diabetes.

A separate study featured in the Journal of the American College of Nutrition found people eating a vegan diet lost almost 4.kg more fat mass compared to those on a Mediterranean diet. The vegan group also had a drop in visceral fat, which is the fat surrounding internal organs.

A study published in Diabetologia, the journal of the European Association for the Study of Diabetes, also pointed out that a plant-based diet rich in polyphenols may help keep type 2 diabetes at bay.