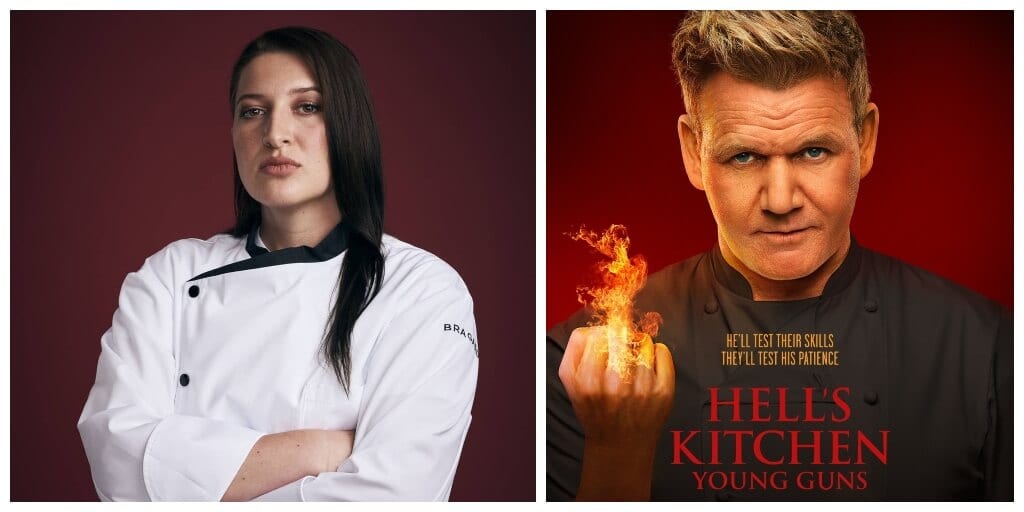 A chef from Michigan is set to be the first vegan to feature in the 20th season of Hell’s Kitchen.

Chef Josie Clemens will be competing on Gordon Ramsay’s iconic TV series against 17 other chefs in the season, titled “Young Guns.”

The aspiring contestants will fight for the title of head chef at Gordon Ramsay Steak restaurant in Las Vegas in addition to a grand cash price of $250,000.

Taking to Instagram, the 24-year old wrote: “The thing I’m most excited for about this show is the fact that 6 million people who normally watch a meat cooking show are about to be exposed to veganism….whether it be their first or their hundredth, they’re about to see veganism planted in mainstream media.”

Clemens has been cooking professionally from the age of 15.

“My culinary background is in French and Italian cuisine,” she told LIVEKINDLY.

“But since going vegan, I’ve dabbled with Eastern cuisines. I’ve always been drawn to the culture, even since I was a little girl.”

While she specializes in recreating comfort foods, Clemes added: “I like feeding people’s hearts by connecting them back to simpler times in their lives.

“Being the first vegan chef means that this is a golden opportunity to lead people compassionately.

“So they have an opportunity to discover their innate pure nature that is connected to the Earth and all beings.”

The celebrity chef is widely known for his love of meat and regularly takes to TikTok to roast home chefs and vegans.

He even mocked Miss Kadie- a popular vegan TikTok star known as ‘thatveganteacher’, when she goaded the 54-year-old to go vegan in a video.

However, he has accepted the growing popularity of plant-based meals and adapted his restaurant menus to accommodate.