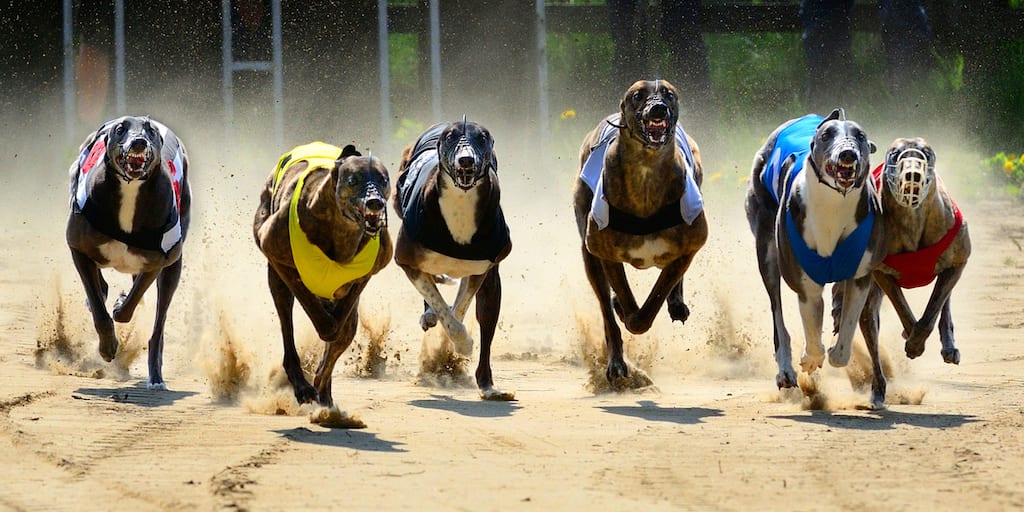 ‘We’re appalled that New Zealanders’ taxes are to be used to prop up a dying, cruel industry’

Greyhounds Protection League of New Zealand, an animal welfare group has called out the government for allocating $72.5 million to the racing industry in Budget 2020 stating that taxpayers’ money should not be used “to fund a degenerate vice” or “to prop up a dying, cruel industry.”

“There is no public information on the killing and injuries of horses in racing and what the greyhound racing inquiries revealed was utterly appalling,” said Aaron Cross, spokesperson for the Greyhounds Protection League of New Zealand.

He added the industry relied “on mistreatment of animals to operate” and New Zealanders “should not stand for their taxes being frittered away like this.”

The New Zealand National Party also called the racing support funding a “damning indictment of the Government’s priorities” after the industry secured more funding than Pharmac- a government agency that decides which medicines and medical devices are funded in New Zealand.

Pharmac got a $10 million boost for the next financial year.

National Party’s health spokesperson Michael Woodhouse said: “There is going to be increased pressure for medicines as a result of the Covid-19 crisis and we need to be prepared. It is insulting to give more money to horses than health during a pandemic.”

‘Hit by the perfect storm’

However, racing minister Winston Peters said the funding was crucial because the racing industry was flailing even before being “hit by the perfect storm” of COVID-19 and “there (was) a genuine risk of insolvency and the industry losing the future gains of its reforms.”

He added that racing was “seriously underestimated for its economic contribution”.

“Past studies indicate racing contributes $1.6 billion to the economy each year,” Peters said.

“There are 15,000 full time racing industry jobs and nearly 60,000 jobs which participate in the industry in some shape – from vets to equipment suppliers, and owners.”

Of the $72.5m grant, $50m will be given to  the Racing Industry Transition Agency (RITA)  to help keep racing clubs debt-free while they rebound from the effects of Covid-19 and up to $20m will be used to construct two new All Weather race tracks in Manawatu and Christchurch.

According to Newshub, Cross called the support package announcement a “win for animal cruelty and those who would put animals in harm’s way for money”.

He added that it was unacceptable that “legitimate, honest, ethical New Zealanders’ businesses are going under as a result of the virus and yet here we are bailing out dog killers and horse beaters”.

Share this article to reveal how animals are abused in the name of economic growth and vested interests.